The FA desperately needs reform, but those advocating it were part of the problem

Yes, the Football Association is doubtless in need of reform, but look who’s talking!

The five-man assault force which has demanded such radical change was surely part of the problem.

Greg Dyke was a notorious blowhard, whose occasional grandiose interventions had no sequels.

Lord Triesman, with little background in football, was forced embarrassingly to depart after revealing privileged information to a woman friend who duly embarrassed him.

Oddly enough, the FA have just been given a notable boost, and financial protection, by a lucrative new kit deal. That new Nike deal will be worth a minimum of £400m to the organisation. 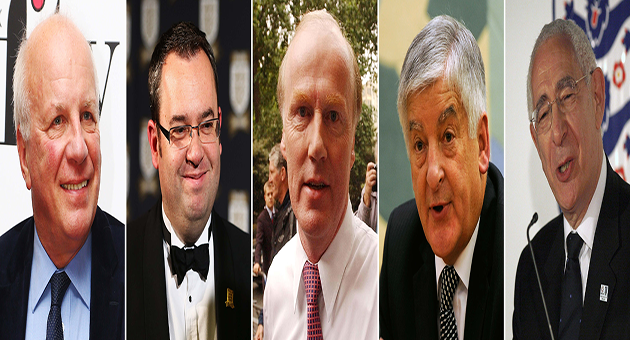 At least the current furore has afforded one glorious mixed metaphor by a senior columnist, who said: “The truth is that the FA is caught in a log jam which can only be cleared by the turkeys on its council voting for Christmas.”

The situation, however urgent the government’s demands for reform, is complicated by the fact that Fifa rules forbid any State intervention.

Certainly the list of charges against the FA goes back many years.

How could they, year after year till tragedy ensured, choose rickety Hillsborough as the venue for FA Cup semi-finals? How is it that they allowed Sheffield Wednesday’s Dave Richards have control over that?

How could they have allowed Fabio Capello’s bloated contract to run on a further four years?

The government is demanding that more women be appointed to the FA board. But positive discrimination is a two-edged sword, and imposing such appointments en bloc or en masse patronises women rather than empowers them.

But at a time when such vast amounts of money pour into the Greed is Good League (whose formation was facilitated by the then FA chief executive Graham Kelly), the FA’s powers can only be limited.

The Big Five also declare that government interventions “may well move us to redressing the woeful lack of English players and managers.” Woeful indeed, but after Artemio Franchi at Uefa had long fought a battle with the European hierarchy, it was inevitably lost and it is superficial for the Big Five to ignore that.

Doping in Russian sport is endemic, but should the country lose the 2018 World Cup?