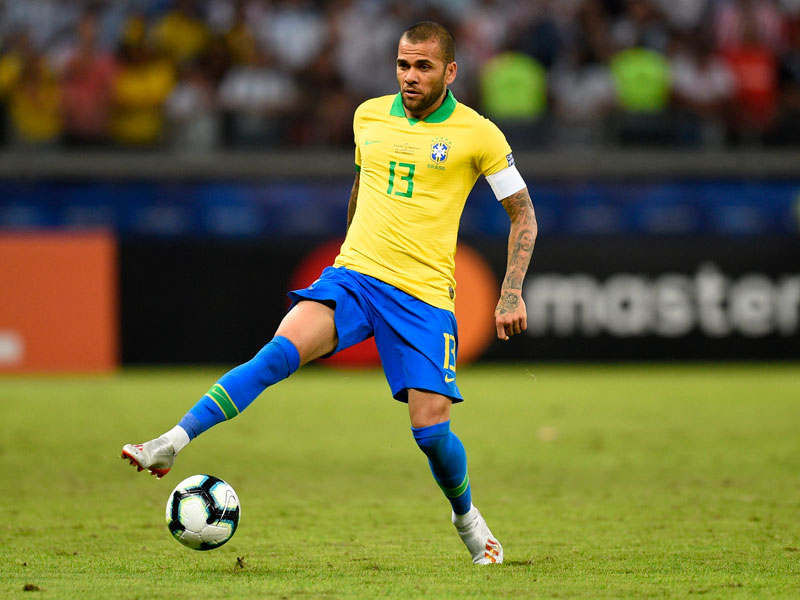 Veteran Italian midfielder Daniele De Rossi has joined Argentine giants Boca Juniors. Brazil’s captain Daniel Alves, chosen as the outstanding player of the recent Copa America, is coming back from Europe after more than a decade and a half to join Sao Paulo – and with him comes the Spanish full back Juanfran. And another full back pair, the Brazilians Rafinha and current international left back Filipe Luis, have both crossed the Atlantic to sign with Flamengo of Rio.

All of these players could have stayed on in Europe. There were options such as China, or maybe the Middle East and the United States. Instead they have chosen to continue their careers in South American club football.

In the case of the Brazilians this is perhaps not so surprising. It is common for players to go back home at the veteran stage. More newsworthy, perhaps, is the arrival of the Europeans. True, Clarence Seedorf enjoyed a late career adventure with Botafogo of Rio, though the fact that he has a Brazilian wife was clearly an important factor in the move.

The choices taken by De Rossi and Juanfran are interesting, because they can be seen as a consequence of a new trend in the South American game. There is not more money sloshing around, nor are there any dramatic signs of an increase in quality. But that does not mean that there is no dynamic of change. A fascinating recent development is the growing space given to ex-players in directorial positions. South America is running well behind Europe in this regard.

A few years ago there were negotiations to take Nicolas Anelka to Atletico Mineiro of Brazil. Anelka commented afterwards that the deal broke down because of the amateur way in which things were conducted. The Brazilian directors were, he felt, playing to the gallery. The deal was announced to the press before negotiations had been completed, and the club only sent him one air ticket, when he had also requested one for his agent. Anelka was interested, but ended up repelled by a lack of trust in the club.

Things were very different in the case of De Rossi because the contact was made through his former Roma team-mate, and currently Boca director Nico Burdisso. Sao Paulo’s directors include former captains of Brazil and Uruguay, Rai and Diego Lugano, both of whom are said to have played a role in persuading Daniel Alves and Juanfran to join the club. With the trust of a personal connection, the deals have been concluded.

South American club football is, after all, not the most difficult thing to sell. De Rossi and Juanfran will enrich their professional experience by playing in famous stadiums in front of passionate crowds.

De Rossi has specifically said that he is not looking to relax or unwind. He wants to be challenged, and after so many years in the football crazy environment of Roma, he wanted to soak up the atmosphere in a city that is even more football crazy.

But the passion does have a down side, highlighted, of course, by the excesses of last year’s controversial Boca Juniors v River Plate final of the Copa Libertadores – a match up which is close to being repeated in this year’s semi finals.

And there was another warning of the excesses of passion in the city that is about to receive Juanfran and Daniel Alves.  The most traditional Sao Paulo derby was played on Sunday when Corinthians met Palmeiras.

Going into the Copa America break, Palmeiras had a 5 point lead at the top of the Brazilian league table- and there was serious media discussion over whether the destiny of the title had already been decided. The team’s form slumped, and they now trail new leaders Santos by four points. Palmeiras may have made it through to the last eight of the Copa Libertadores, but they fell in the quarter finals of the domestic cup, beaten on penalties by Internacional. After the game, Palmeiras coach Luiz Felipe Scolari made light of the elimination, commenting that “nobody died.”

This enraged some of the supporters. On the eve of the clash with Corinthians, a group of organised Palmeiras fans organised a protest; they chanted that if the team failed to beat Corinthians then Scolari should die.

The rumour mill on Sunday was full of whispers that the coach would resign after the game. They were wide of the mark.  Scolari is staying – and made a point of announcing that he will no longer give the press conference after a victory. His assistant will talk about the wins, while he will face the press after draws and defeats. This was Scolari’s bullish response.  But he knows everything there is about the excesses of South American football passion.