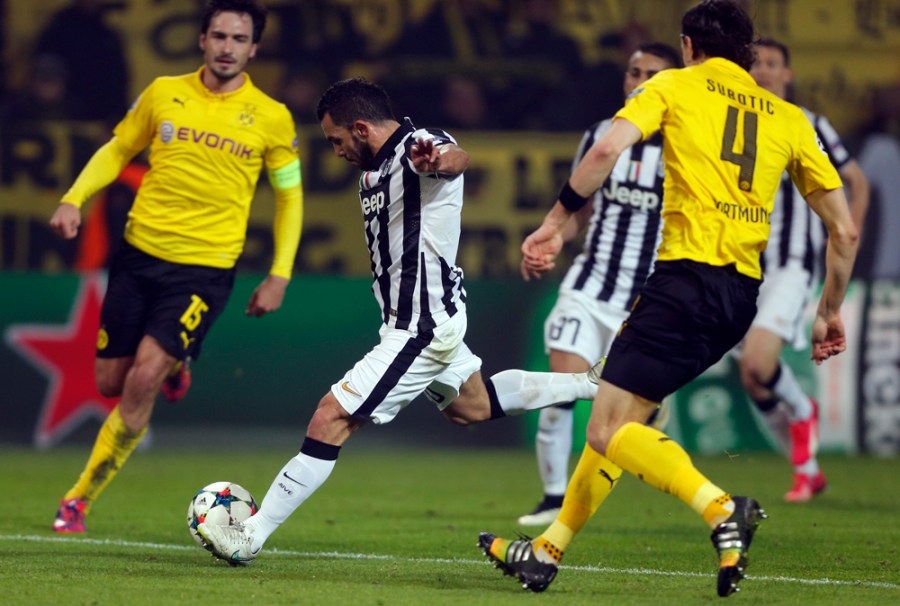 1 Carlos Tevez, Juventus v Borussia Dortmund
Scores with virtually no back lift, from the edge of the area in the Champions League.

2 Brian Fernandez, Racing v Sporting Cristal
Peels away from the wall at a free-kick and receives a short pass before firing home.

3 Ruben Zadkovich, Perth Glory v Wellington Phoenix
Hits an unstoppable right-foot shot from 25 yards in off the post and then celebrates in style in front of a TV camera.

5 Wendell Lira, Goianesia v Atletico Goianese
A well-worked team move is finished off with a spectacular bicycle kick on the turn in a Goias state championship game.

6 Stephen O’Donnell, Partick Thistle v Dundee United
In a sweeping move that goes from one end of the pitch to the other, the winger receives a back-heeled pass from team-mate Lyle Taylor before dummying an opposing defender and curling a left-foot shot inside the post for the visitors in their Scottish Premier League game at Tannadice Park.