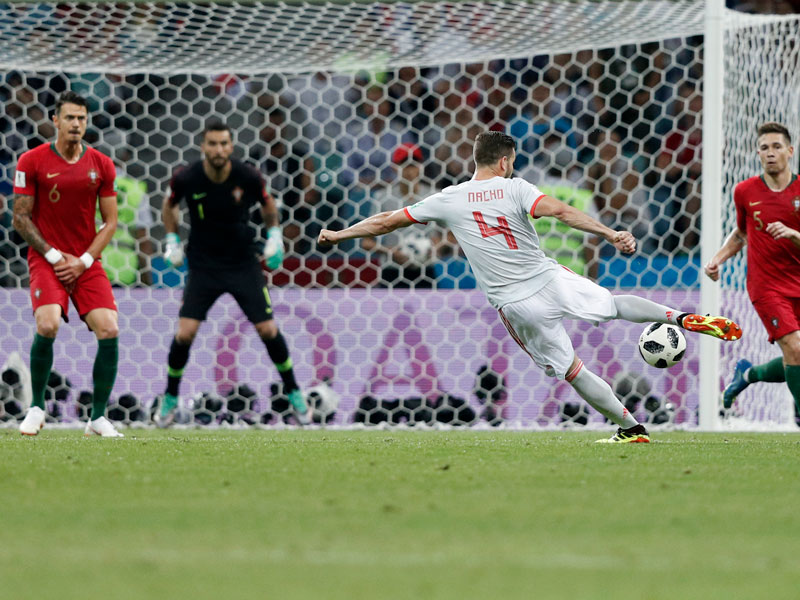 World Cup Goals Of The Tournament

The 2018 World Cup saw 32 nations come together all seeking to achieve the same goal, World Cup glory. The tournament as always saw the finest players in the world play against and with one another and as a result we saw some truly sublime goals throughout the tournament. In this piece we take a look at some of our favourites. Are there any that we missed? Which was your favourite of the tournament?

Benjamin Pavard vs Argentina – Round of 16 (June 30th)

In one of the games of the tournament France scored four times to Argentina’s three in their quarter final matchup. Kylian Mbappe was unquestionably the star of the show but the goal of the game was Benjamin Pavard’s wonder strike with his right boot.

In the same game as Pavard’s stunner, Angel Di Maria found the French net with one swoop of his left boot.

What a hit from Angel Di Maria 🚀

In Belgium’s opening game of the tournament, they were struggling to break down a resilient Panama side. At least that was the case until Dries Mertens volleyed home this absolute peach. Romelu Lukaku would score two more to round out a 3-0 win.

Ahmed Musa still had a lot to do when he collected the cross from Victor Moses in their group stage game against Iceland. In full flight he reaches out a right boot and sublimely brings the ball under control teeing up a half-volley that he lets rip past Hannes Halldorsson.

In another incredible game, Ronaldo shone brighter than all others against Spain scoring a brilliant hat-trick to salvage a draw. His final goal was the free kick you can watch below.

Brazil were one of the favourites going into the tournament but they looked to be struggling against Switzerland. That was until Philippe Coutinho cut onto his right foot in textbook fashion and curled the ball into the Swiss net.

Like Pavard’s goal above, Nacho scored with a similar strike with the right boot, cutting across the ball to score.

The only positive moment of the 2018 World Cup for Germany was Toni Kroos’ last minute free-kick to win the game against Sweden.

Serbia got their World Cup off to a winning start after former Manchester City player Kolarov scored a pearl of a free-kick.

One of the surprise players of the tournament, Cheryshev scored four times including this absolute stunner against Croatia. The hosts would lose on penalties.

GOAL! Wow! Cheryshev runs on to a perfectly weighted pass and bends a first-time shot with his left boot into the top corner of the net pic.twitter.com/gfcsLGBEtR

Which one was your favourite? Are there any we have missed?