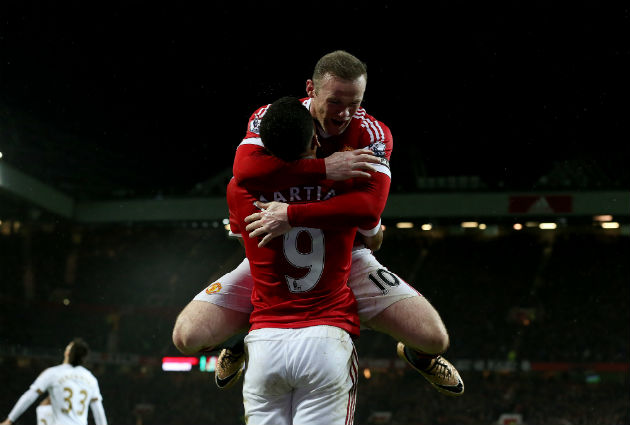 First up is Gareth Bale’s fantastic header against Gary Neville’s Valencia side. With Los Blanco’s down to ten men, Bale rose athletically to meet a Toni Kroos free-kick and head home wonderfully.

Next up, is a fantastic half-volley by Everton’s Aaron Lennon. After a crossfield ball was chested down into Lennon’s path by Romelu Lukaku, Lennon did extremely well to chest the ball under control and guide the ball into the corner of the goal.

However, Dele Alli’s effort versus Everton in the same match was quite sublime. After recieving the ball on his chest from a Toby Alderweireld long forward pass, he brilliantly guided the ball into the back of the net. Wonderful control.

Antoine Griezmann’s chipped effort versus Rayo Vallecano was brilliantly executed after using his pace to run onto a delightful throughball.

Wayne Rooney reminded everyone of his class with a delightful back-hell flick into the roof of the net, following some great skill and guile from Anthony Martial.

Karim Benzema’s effort against Valencia was a great passage of play between Real Madrid’s attacking triumvirate. The passing between Benzema, Bale and Ronaldo was sharp, crisp and intricate.

Willian has arguably been Chelsea’s player of the season thus far, and continued his fine form with a thunderous strike away against Crystal Palace.

Agree or disagree with these efforts? let us know your favourite goals of the weekend.