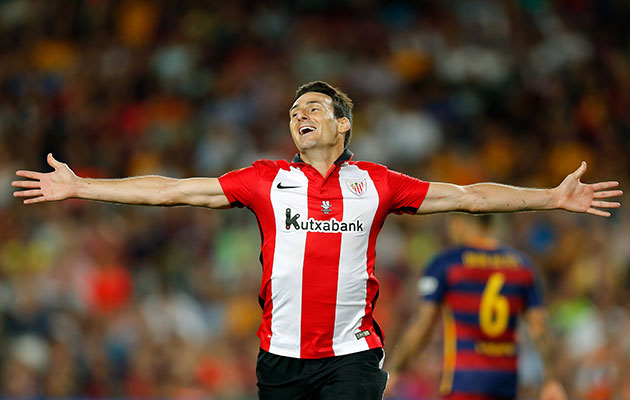 Athletic Bilbao striker Aritz Aduriz has staked a claim for Spain’s goal of the season. Aduriz’s spectacular bicycle kick brought his side level against Eibar.

A swift break from Real Betis appears to break down when a goal-bound shot balloons into the air. But the ball is nodded back to Alvaro Cejudo who hammers home a stunning effort on the volley.

One of the emerging stars of the Premier League season, Tottenham’s Dele Alli produced a candidate for the goal of the season in his side’s 3-1 win over Crystal Palace. Controlling the ball with one touch, he flicks it over the head of his opponent before swivelling to lash home a volley into the bottom corner of the net.

A pinpoint cross and Lionel Messi times his run to perfection before adjusting his body to score with an acrobatic scissors kick.

Napoli recorded an impressive 4-2 win away at Sampdoria to remain top of Serie A. The pick of the goals was this twisting run and improvised finish from Slovakian midfielder Hamsik.