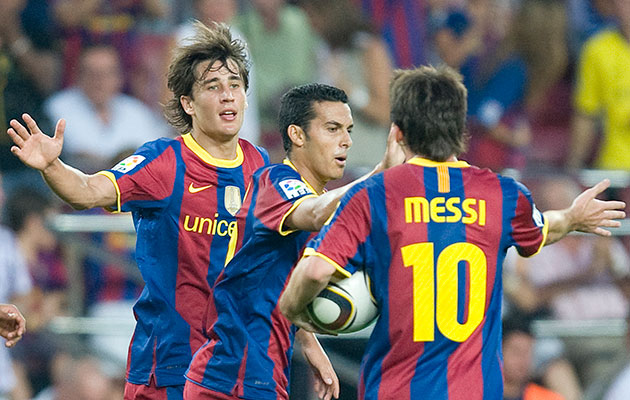 It’s a question many fans of English football have posed down the years, namely, can Lionel Messi do it on a cold, wet Tuesday night in Stoke?

Unless Stoke City qualify for the Champions League – an eventuality that cannot be ruled out, given their recent imrpovement – it’s also a question that we are unlikely to ever find an answer to.

However, there is a player uniquely qualified to answer the question – a former team-mate of Messi at Barcelona and now a member of Mark Hughes’ increasingly cosmopolitan Stoke City side.

Bojan Krkic, who played alongside Messi for four years at Camp Nou, knows better than most how the five-time Ballon d’Or winner would cope with the particular demands of a wet and windy Britannia Stadium.

During an interview with Revista Bitesize, Bojan asked by Guillem Balague about the age-old question and the Spaniard was unequivocal in his response.

“Messi can do it.” Bojan replied. “I understand that teams don’t like to come to the Britannia Stadium, especially in winter with the wind, the cold and we’re a strong team. It’s not easy.

“I asked Messi about that. He said, ‘Those people that say that should realise I played in awful conditions in Rosario when I was 11 years old, with glass on the pitch, with holes and everything,” and he also played good.

“Of course. If he came to the Britannia he will also play good.”