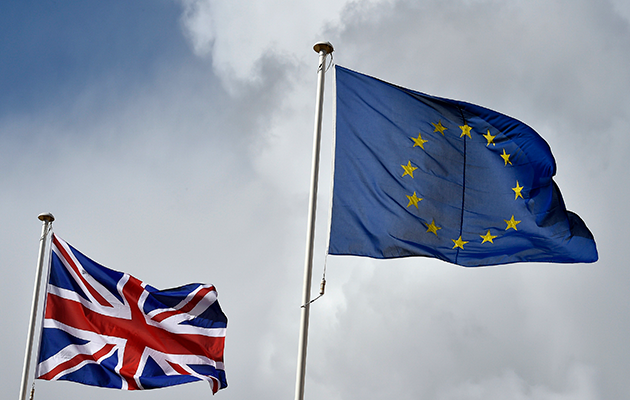 On Thursday – British elections are always held on Thursdays – voter in the United Kingdom can vote in a referendum on whether to stay within the European Union or leave. Voting is a choice, not compulsory as in some countries.

Opinion polls suggest that the ‘Remain’ and ‘Leave’ campaigns are neck and neck with many voters still undecided. Any sporting fall-out does not feature largely on the debate though it would be inevitable in one particular sphere at least: football.

The unofficial term for the issue is Brexit – Britain/Exit – and a fevered and bad-tempered debate ranges across party political lines. Prime Minister David Cameron wants to Remain. But at least half of his governing Conservative party’s MPs want to leave.

The latter include Boris Johnson, the charismatic former Mayor of London with ambitions to become prime minister if Cameron loses.

Core issues are clear. Remain points to membership of a ‘club’ which has kept the peace in western Europe for 70 years; Leave plays on fears of unlimited immigration and mistrust of laws made in Brussels rather than Westminster.

Most of the business world wants to Remain. But one high-profile commercial undertaking, the Premier League, has maintained a strict, no-comment, neutrality.

Executive chairman Richard Scudamore had said he believes, personally, that Britain should stay in the world’s largest trading bloc. However, the Premier League’s public position is that EU membership is a matter for voters and it always works with “the government of the day”.

The possible effects of ‘Brexit’ are uncertain. In any case, the effects would not take effect for between two and seven years, depending on how long it might take to uncouple the UK from the EU.

Note that the UK means the totality of the four ‘home nations’. The historic, sporting individuality of England, Scotland, Wales and Northern Ireland is irrelevant. All four all ‘mere’ regions under EU law. There is no difference in terms of tax and social security budget.

One direct administrative change would stem from the loss of the right for EU players to come and go as they (and their clubs) please. This will affect Premier League clubs but not as much as the three lower professional leagues. Non-EU players must meet certain government criteria; the most important being that they are established internationals for leading nations.

Considering squads in the top two divisions in England and the Scottish elite suggests that 332 players would fail to meet the current standards. More than 100 Premier League players would be affected and only 23 of the 180 non-British EU players currently playing in the second division would be granted work permits.

West Ham vice-chairman Karren Brady, a Remain campaigner, has written to club owners warning that a vote to leave would have “devastating consequences”.

However, there would be nothing to stop clubs persuading the government to water down the criteria for the admission of foreign players. Non-EU countries such as Norway and Switzerland both made concessions to gain access to the single market.

Most financial experts predict that a vote to Leave would cause significant harm – in the short term at least – to the British economy with loss of value of the pound sterling, company shares and consumers’ spending power. This might be felt in terms of Premier television and domestic sponsorship income.

But again, clubs at the top of the financial food chain do not believe they will suffer. The finances of the likes of Manchester United and City, Chelsea and Arsenal depend significantly on mega-bucks from the Gulf states and multinationals.

She says: “Leaving the EU will have a much bigger effect on football than people think. We’re talking about half of the Premier League needing work permits. The short-term impact would be huge but you could argue it will help in the long term as it could force clubs to concentrate on home-grown talent.”

That, at least, would put a smile on the face of the next England manager.

Hopefully it does not come to that.

PS: This writer, while following Euro 2016, cast a postal vote before heading for France a fortnight ago.