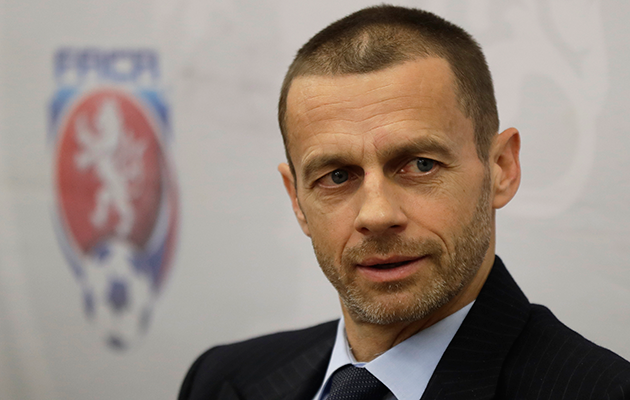 UEFA president Aleksander Ceferin, in a first major statement of policy since his election last September, has issued a challenge about the way forward not only to Europe but the entire world game.

The Slovenian lawyer told a conference in Lisbon about a new and comprehensive anti-corruption initiative, demanded an opening of minds into advancing consumer technology, suggested a transfer system review and warned about the need to address the increasing chasm between the haves and have-nots.

The length, breadth and depth of his vision also hinted at a changing world order in which UEFA’s power and ambition would reach powerfully far beyond Europe’s own borders.

Ceferin’s empire-expanding strategy could have questionable consequences for the world game’s other five confederations and, with it, the traditional power balance within FIFA itself.

It is no secret than the majority of elite game’s wealth is concentrated in Europe and that UEFA is by far the richest of the confederations in terms of cash and star player allure.

This was not a declaration of Eur-exit but it was a clear cold statement of intent that Ceferin wants to drive UEFA forward in its own single-minded way.

The formal subject of his address was the ‘main opportunities and threats for European Football in the next years.’

Ceferin identified them as the “usual suspects: doping, matchfixing, violence and corruption.”

He questioned the international game’s will to fight such threats and thus justified his creation at UEFA of a “brand new division called Protection of the Game’ whose only task is to fight doping, matchfixing, violence and corruption.”

Ceferin promised: “UEFA will soon have an ‘army’ of people to fight this.”

Next he turned his attention to governance and warned about how corrupt and ineffective leadership had fuelled the rising tide of populism.

This was equally true within football. He warned: “If we, football leaders, don’t lead by example, then one day fans will have enough, and by aversion they will turn away from football.”

Hence Ceferin’s reform proposals which UEFA Congress next month in Helsinki is expected to endorse. These include term limits, improved representation and transparent event bidding systems.

New technologies to interact with the entire football world were bringing limitless opportunities for expansion.

Ceferin said: “Never before have we had such an open road open to us. Where watching football used to be a one-dimensional experience we can now add multiple layers and dimensions that engages the fans and brings then into the game itself.

“UEFA has the greatest football on earth and why not allow everyone to maximise their experience and taste of it?”

Closer to home Ceferin envisaged UEFA tackling “relevant issues such as the decrease in competitive balance within European club competitions and . . . the increasing gap accelerated by globalisation and technological change.”

A key feature to address meant assessing whether the transfer market was still fit for purposes amid concern over rich clubs stockpiling young talent.