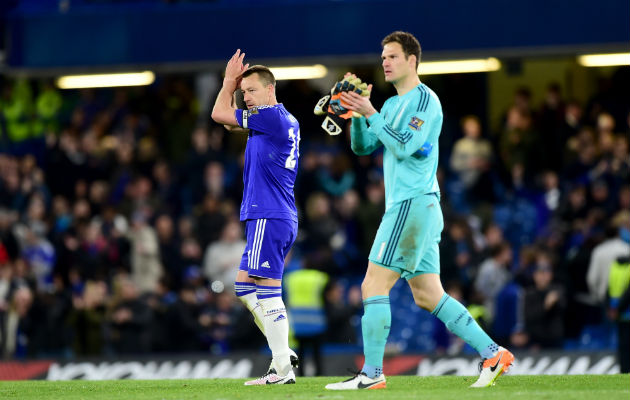 Asmir Begovic said that Chelsea retaining the services of John Terry for at least another year will be integral to any success the club hope to have next season.

Terry was offered a new Chelsea deal in the end after a protracted saga which initially saw him leaving his boyhood club.

Begovic feels that his presence will be vitally important in the dressing room too.

“It’s very important. John’s a legend and always will be, and is a great person to have around. He has presence, and we will look forward to having him around the dressing room next season,” he told Sky Sports.

The goalkeeper also reflected on the 2014/2015 champions dip in form at the start of the season and said that mistakes would have to be learnt for next season as they embark on a new era with Antonio Conte.

Begovic admitted: “If you don’t start a season well, and we didn’t in the league, it snowballs from there.

“So it was difficult, everything piled up, there was a negative atmosphere. But we need to come good again next year.”