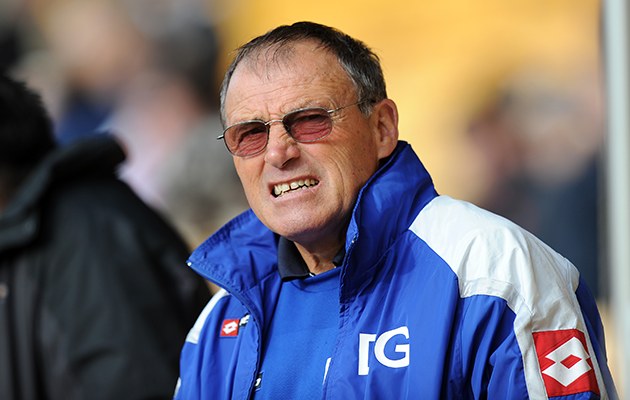 To quote, not for the first time, the 18th century philosopher Edmund Burke, “For evil to flourish, it is enough for good men to do nothing.”

How horribly relevant the words are in the context of the repugnant scandal of the abuse suffered by young English footballers. To watch grown men burst into tears on television when remembering their shocking experiences was heartbreaking.

Crewe Alexander, for so long seen not least by me as a club outstanding for the way it developed fine players – David Platt, Danny Murphy and the rest – now stands accused of wantonly turning a blind eye to the appalling excesses of their youth coach Barry Bennell.

I am particularly unhappy about the ambiguous position of Dario Gradi, for so many years the inspiration of the club and it’s producing of young talent. A figure with an admirable record, but what is one to make of his present situation?

But the former director Hamilton Smith, who seems to have been a lone voice crying in the wilderness, has spoken of being a told of a boy being abused by Bennell, and attending two meetings to decide what to do about it: the second of which, held in the office of Gradi, then the manager, who said he had no problem with Bennell.

You must draw your own conclusion from these two radically conflicting statements.

Then there is the alarming testimony of Deborah Davies, who as long as 21 years ago, worked on a Channel 4 TV programme called Soccer’s Foul Play. She had enterprisingly dug up Freedom of Information evidence from the US where Bennell was being prosecuted and convicted. A cardboard box of it duly arrived.

“A few months later,” she says, “I stood for hours outside of the FA’s former headquarters in Lancaster Gate waiting for their director of coaching, (Charlie ‘Long Ball’ Hughes) to arrive. I asked him what rules the FA had in place for the protection of young players. He ignored me, not even breaking stride, as he walked inside.” Preoccupied no doubt with his fatuously anachronistic long ball theories.

It was as long ago as January 1997 that Soccer’s Foul Play was shown. Now other clubs where Bennell had coached, notably Manchester City, have been involved in accusations. Paul Stewart the former England and Spurs player, has revealed he was abused at another, which he has refused so far to name.

It is rumoured that various clubs induced their abused young players to sign confidentiality agreements. It is an appalling story and heaven knows when if ever we will hear the end of it.

But that Bennell got away with his vile depredations for so many years even, if strict norms are in operation today, casts a deep shadow over the whole game.