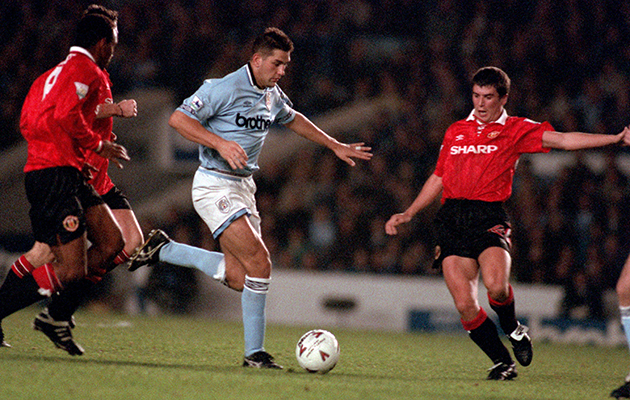 Children’s charity the NSPCC has set up a telephone hotline after four ex-professional footballers spoke publicly about being sexually abused by coaches as children.

Former Manchester City player and England forward David White was the latest to confirm tht he had been abused as a boy, following revelations made by ex-Crewe players Andy Woodward and Steve Walters, and ex-Tottenham forward Paul Stewart have spoken out.

“There must be no hiding place for sexual abuse in our national game,” NSPCC chief Peter Wanless said.

“There may be many others who suffered through such horrors as young players but have never come forward.”

Woodward, 43, initially went public last week when he spoke to the Guardian newspaper about his abuse as a child by former Crewe coach and youth football scout Barry Bennell, who was later convicted for sex offences against children.

Cheshire Police said 11 people had since come forward, including Walters, 44, who says he was also a victim of Bennell.

“Given recent press stories I wish to confirm that I was sexually abused by my former football coach Barry Bennell in the late 70s and early 80s – this abuse took place while I was attached to Whitehill FC Junior team based in Manchester,” White said in a statement.

“For a number of reasons, and for nearly two decades, I kept my ordeal secret from my family and friends. While I believe throughout my football career I have come to terms with what had happened, I now realise the effects of Bennell’s actions were much more far-reaching than I knew then.

“Last year I made the decision to gather my thoughts, reflect on my experience and tell my life story in my own words. I did not set out to write a story about the abuse, but knew I would have to include it.

“In doing so I have come to terms with the fact that Bennell’s actions influenced almost every event and relationship in my life. The process of writing the book became sometimes painful, always cathartic and incredibly liberating. I would like to say that I do not feel brave.

“This is just my story and I am now happy to tell it because despite the profound effects of 1979-80 I feel like one of the lucky ones.

“Circumstances took me away from the abuse before it escalated. I salute Andy Woodward, Steve Walters, and Paul Stewart for so bravely revealing their personal tragedies. The physical abuse they and others suffered was certainly more extreme and prolonged than my ordeal, and I cannot be sure that I would have their courage.”

Stewart, 52, another former England international who started his career at Blackpool and also played for Manchester City and Liverpool, told the Mirror an unnamed coach abused him daily for four years up to the age of 15.