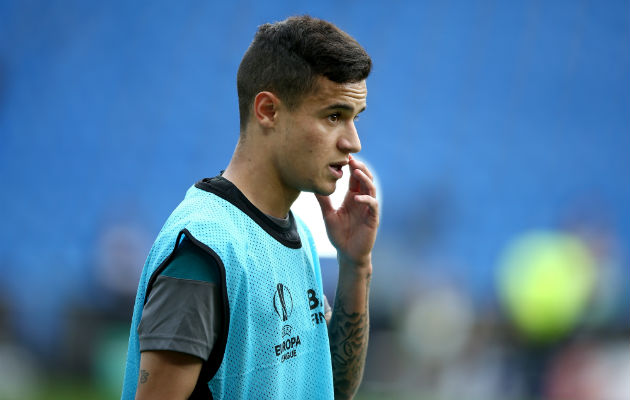 Liverpool’s joint top scorer Philippe Coutinho has said that the club must do all that they can to win tonight’s Europa League final against Sevilla.

A win will not only hand Liverpool a trophy, but secure Champions League football next season and Coutinho has urged his teammates not to finish second best, or “hitting the post” as they say in his native Brazil.

Coutinho said: “The expression we use in Brazil is ‘We hit the post’ on quite a few occasions recently so it will be really important for us to finally achieve something and win something with Liverpool.

“That will be special for everyone across the club and the whole of the squad.”

“Personally for me winning the trophy is the most important fact,” he added.

“The positive consequence of winning the trophy is getting a Champions League spot but the squad are focused on the trophy.

“As I said before we hit the post on a few occasions so it is really important we win the Europa League.”

Jurgen Klopp said that Liverpool could return to Anfield as heroes should they win tonight; and Coutinho believes that Klopp has instilled a new belief around the club.

“Jurgen Klopp is experienced in European competitions. He is a great manager and has made a few changes since he came in, the biggest one being to change the mentality and making the players believe they can actually achieve something.

“Then step by step towards the end of the season Liverpool have improved performances and now are close to winning something.

“It has been just six months and it is the second final we are playing in so it is a great opportunity.

“The changes he has implemented have had a big part in that.”