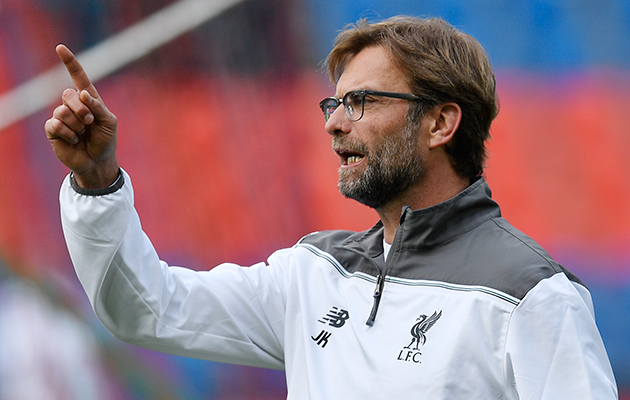 Jürgen Klopp believes Liverpool players can become Anfield legends if they can defeat Sevilla tonight to win the Europa League.

Liverpool are attempting to win the trophy for a fourth time on Wednesday, with tonight’s winners also having the incentive of securing a place in next season’s Champions League.

In contrast to their fitful domestic form Liverpool have swept all before them in their run to the Europa League final. It is this European form that convinces Klopp that his players are perfectly prepared to face Sevilla at Basel’s St Jakob-Park.

The Liverpool manager said: “We are here because we beat Dortmund? Right. We beat Man United? Right. And Villarreal? Right. In my opinion we are really in a perfect moment to play a final. That doesn’t mean all is already done. No, it’s far away from this. It’s only about the preparation.

“This hard, intensive seven months feels like it should end in a final. Always working for each point, each goal and each opportunity in the game; good performances, bad performances. At the end you have a final. It’s about being able to show all the things you have learned. I’m really happy.

“Usually the problem for all teams is that a final is the last game of the season so it has been a long time until then. But nobody feels the intensity of the Premier League season in this moment. We have the breath of fresh air.”

Klopp referred to the team he selected for last week’s Premier Legaue fixture against – a line-up which could be the same one he fields in Basel.

“We are very, very deserved to be in this final. We will be a real competitor. That’s all we can be. I am quite sure with all the things we did until now, all the ups and downs we had, and even with a position of eighth in the league there have been ups, it’s the best moment to play a final. Everything is prepared.

“The Chelsea game was very, very, very important because it showed we are in a really good moment but we still need to do the right things in the right moment. For the first 15 minutes it looked too easy and you thought: ‘Oh my God, what’s happening here?’ Warming up was the same – unbelievable. But after the first 15 minutes, like very often in life, we got the bill for taking the wrong decisions. That’s good. We can use this. It will help us for being really ready for the final.”

The Liverpool coach believes victory tonight can be a stepping stone not only for the club but can also provide the players with a valuable confidence boost to help further their careers.

“For sure it will be one of the greatest things up until now in their careers,” he said. “I’m not sure if someone has won a bigger title before?” Informed that James Milner and Kolo Touré have won the Premier League and Daniel Sturridge the Champions League, Klopp said: “OK, but that is not a lot.

“It is a very important stage but we can do better. In any part of life it feels wonderful to be champion. It is a wonderful story to tell your grandchildren when you are old about being a Liverpool legend. How it feels to be a Liverpool legend I have no idea but it must be one of the best things you can feel in football. I would be really pleased for the boys if they can do it.”