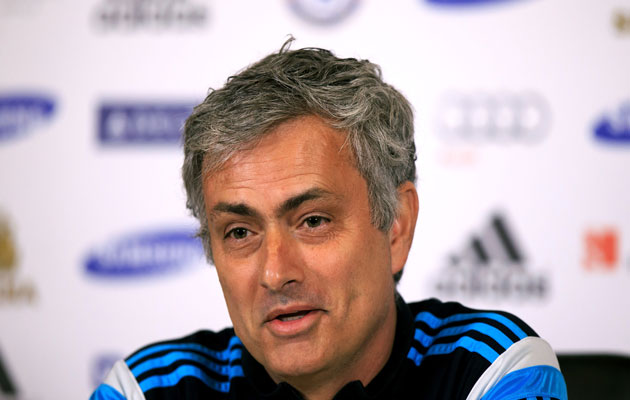 José Mourinho has responded to criticisms made by Jamie Carragher and Graeme Souness over the behaviour of Chelsea’s players during their Champions League elimination to Paris Saint-Germain in midweek.

The sight of nine of seveal Chelsea players hounding Dutch referee, Bjorn Kuipers, following Zlatan Ibrahimovic’s challenge on Oscar was described as “pathetic” by Sky Sports pundit Souness and “disgraceful” by his colleague, the recently-retired Carragher.

“You know the world is a big strange,” said Mourinho. “Maybe because of diet and maybe the quality of the products we are eating, but memories are getting shorter. Because, you know, when Jamie Carragher and Graeme Souness speak about it, it’s because they are having a problem for sure. Jamie stopped playing a couple of years ago and, in two years, he has forgotten everything he did on the pitch.

“Mr Souness also, but he stopped playing a long time ago. I coached Benfica after he left there so I know a lot about him, so much about him. But I have had a certain kind of education, not just in football but in life, and I prefer to laugh. Envy is the biggest tribute that the shadows do to the man. It’s about life.”

Ibrahimovic said the Chelsea players behaved “like 11 babies” seeking to have him sent off, but Mourinho deended his team’s disciplinary record.

“If they surround the referee [in the Premier League] we are charged and we have to pay a fine, and if we do that the players pay the fine,” said Mourinho.

“Against PSG the game finished and I was in the tunnel. One by one not just the players but the coaches and everybody from PSG I shook their hands. I told them they deserved it. I wished them good luck for the future. This was the way we behave after a defeat. This is the example my players get after a defeat. I went to my dressing room, I put everybody together, not just the players, and because I am normally very calm and think people deserve to go home and reflect before they speak so as to be without any doubt or emotion, this is what we did.”