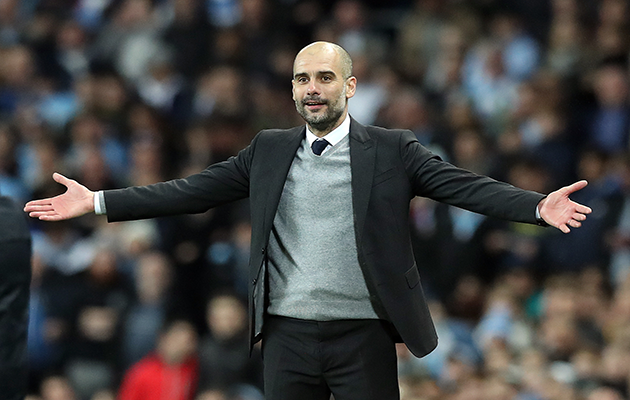 Twenty four hours after warning his players that they could be ‘killed’ by Monaco’s attacking strength, Pep Guardiola said Manchester City will be eliminated from the Champions League if they fail to score in the return leg – this despite City holding a 5-3 lead from a thrilling, encounter at the Etihad Stadium.

The City manager was speaking after a frenetic evening in Manchester against the free scoring French league leaders, who twice led and missed a penalty before conceding three goals asthey appeared to tire in 11 minutes late in the game.

Guardiola described the contest as “beautiful” and an example of what can happen “when two teams want to be the protagonists” but he must have been alarmed by the frequency with which Monaco, the leading goalscorers in Europe’s Big Five leagues, exposed City’s porous, error-strewn defence.

“We attack in small spaces and defend huge spaces behind, that’s why the people contracted me to come here,” Guardiola said. “It is special for football when two teams play like that. I am happier than my colleague from Monaco because at 2-0 [two goals behind] we are out. If one team can score a thousand million goals, it’s Monaco. They arrive with six or seven players in the box and it is tough to control that on the counterattack.

“Of course we have to improve. The first goal was a mistake, the second was a mistake but today the lesson is that we never give up. We were lucky in some aspects of the second half and very unlucky in some aspects of the first half. They will attack more and more and we have to defend better. But we will have our chances. We are going to fly to Monaco to score as many goals as possible. We are not going to defend that result. We now know each other better. We will adjust some things, they will adjust some things but we have to score goals. If we don’t score a goal in Monaco we will be eliminated.

“I am satisfied it is 5-3 because we could be sat here out of the competition because the line was so fine. Now we will go to Abu Dhabi and rest for the Huddersfield game and Monaco.” 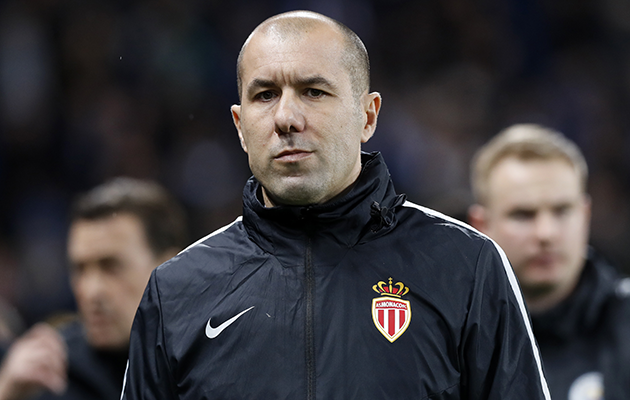 Monaco coach Leonardo Jardim says the tie is far from over.

Meanwhile, Monaco coach Leonardo Jardim said he remained confident that his team were still in the tie.

“I think the first thing that I can say is that this game was perhaps one of the most exciting games of the Champions League this season, exciting for the supporters,” Jardim said. “It was a great game for the supporter. I imagine everyone was happy to witness such a spectacle.

“I think Monaco played a great game. I have congratulated my players. We made a couple of errors in defence that we were punished for and I think the real key to this game was when we could have gone 3-1 up.

“We work hard to put on a show because we are passionate about football and we want to please the fans. Scoring three goals here at Manchester City is a really good show, a fantastic game.

“We’ve got 90 minutes to go, playing at home, so it’s far from over. Anyone going home or sitting at home watching that game has seen a really great game.”