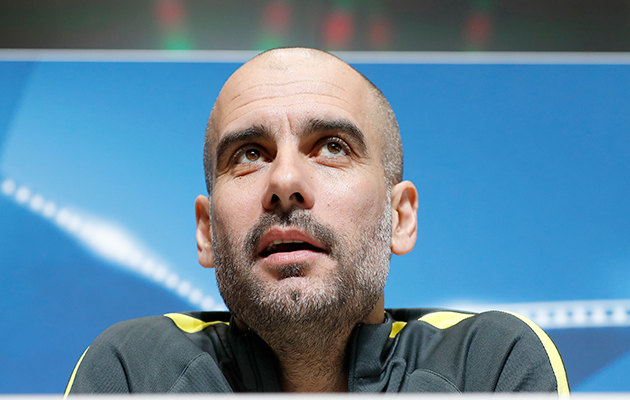 The visit of Monaco sees a return to England of Radamel Falcao who endured two miserable spells on loan with Manchester United and then Chelsea, but who has looked back to his best this season.

Guardiola believes the striker, with 21 goals in 27 games, will be a significant threat for a team which has scored more goals than any other in Europe’s Big Five leagues this season.

Falcao, who was a prolific goalscorer for Atletico Madrid when Guardiola was in charge at Barcelona, scored only four goals in 29 appearances during a season-long arrangement for United, and just once during an equally dismal loan spell with Chelsea. 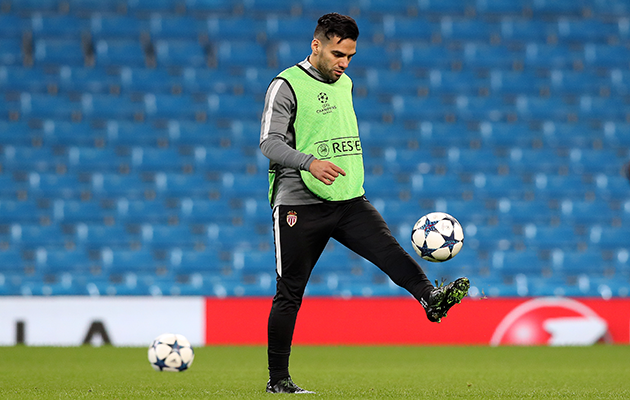 After seeing his career plagued by injury in recent years, Radamel Falcao is back to his best this season.

“At Atlético Madrid he did an amazing job,” Guardiola said. “After that, he was injured, unfortunately, and you need time to recover. I don’t know what happened with him here but there can be many reasons sometimes why it goes well or not. That is a question for Radamel Falcao. But the way Monaco play now is perfect for him. They attack inside and cross a lot – and he needs that. That’s why he’s back. I am happy for him, he is a good professional and a nice guy, and back at his level scoring goals.”

Monaco have scored 76 goals in 26 games in Ligue 1, establishing a three-point lead at the top, and Guardiola believes Barcelona’s 4-0 defeat in the first leg in Paris illustrates the threat posed by French sides.

“For me, Barcelona remains the best team in the world,” Guardiola said.

“When that team is at their level, no one can compete – they’re the best – but in 90 minutes anything can happen. In the Champions League, everyone can beat you and say bye-bye.

“The level, and pressure, is so high there has to be 100% focus. I don’t need a result like PSG-Barcelona to realise how good French football is and how physical they are.”