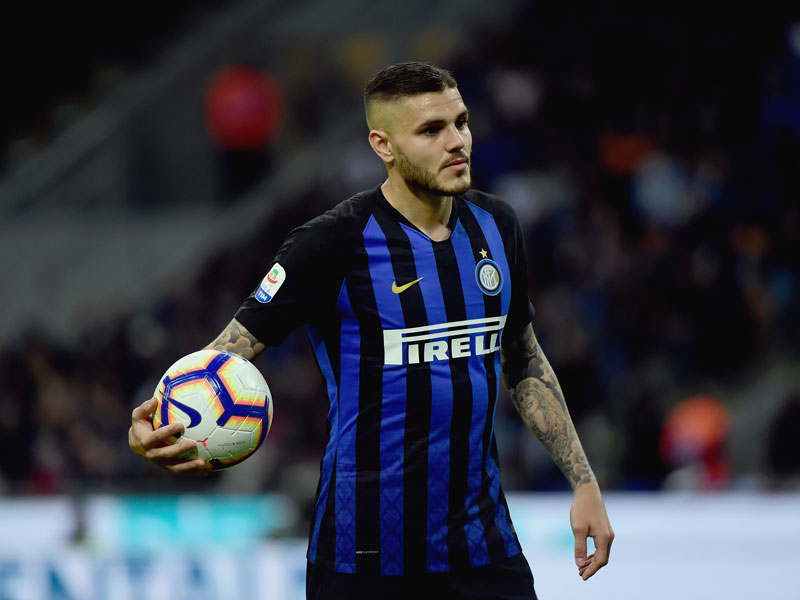 At half-past ten on Monday night in Paris, the longest running soap opera  in current Italian football, namely the “Mauro, Wanda and Inter Show” finally (or perhaps only temporarily) closed. Since last Christmas, the tense relations between Argentine striker Mauro Icardi and Inter Milan have threatened to put some major spanners in the Inter works.

Having failed to agree terms with their star striker, Inter informed Icardi during pre-season training that he no longer formed any part of their future plans. By way of response, Icardi indicated that he intended to stay put, refusing to consider alternative destinations suggested by Inter, such as Napoli or Monaco. Worse still, last week Icardi and his agent wife, Wanda Nara, had threatened to take a case against Inter for “mobbing”, in effect for denying him a place on the team.

Just when it seemed that things were going to get if not nasty at least absurd, and with just minutes left on the transfer clock, a dramatic solution was pulled out of the hat.   To the relief of all, Icardi finally renewed his contract with Inter (for much less than the €9 million he had requested) whilst he was then promptly loaned out for free to French champions Paris Saint Germain.

After eight polemical months, this was indeed a “consummation, devoutly to be wished”. In one move, Inter had rid themselves of a potential trouble maker, eliminated an embarrassing legal case, lightened their annual wage bill by at least €7 million euro and done all of that without loaning the player to arch rival Juventus, as Icardi had wished.

For Icardi, too, it was a positive solution. In one move, he had avoided the risk of a disastrous two year long halt to his career (staying but not playing at Inter) and he had found an engagement with a prestige, top level club where he is guaranteed Champions League football. Furthermore, you would have to fancy Icardi to score the odd goal in the French league.

The Icardi loan gives PSG the option to buy the player for €70 million euro in one year’s time. For now, Icardi and PSG have signed a contract that runs through to 2024.   If PSG do not buy out Icardi, then the player is back in the Inter court since his Inter contract has been renewed until 2022. So, the story may not be entirely over…

Note that there has been no shortage of the “loan” solution to Italian transfers this summer. Note too that Serie A continues to live up to its billing as a “Last Chance Saloon” with 36-year-old French icon, Frank Ribery (Bayern Munich to Fiorentina) and 29-year-old “Bad Boy” Mario Balotelli (Olympique Marseilles to Brescia), both on free transfers, being just the latest examples.

However, at least as far as Icardi is concerned, all is well that ends well. Or is it?