Milan have sacked coach Sinisa Mihajlovic and replaced him with their former midfielder Cristian Brocchi.

Milan have suffered a disappointing Serie a campaign, lying sixth in the standings, 27 points off leaders Juventus and fifteen points behind Roma who currently occupy the third Champions League spot. The club have reached the Italian Cup final and will meet league leaders Juve in next month’s final.

Mihajlovic picked up two points from his last five games in charge and lost 2-1 at home to Juve in his final game on Saturday.

The 47-year-old was appointed as Milan boss in June 2015, but his position has come under increasing scrutiny in the last few weeks with owner Silvio Berlusconi recently refusing to offer the Serb a vote of confidence. 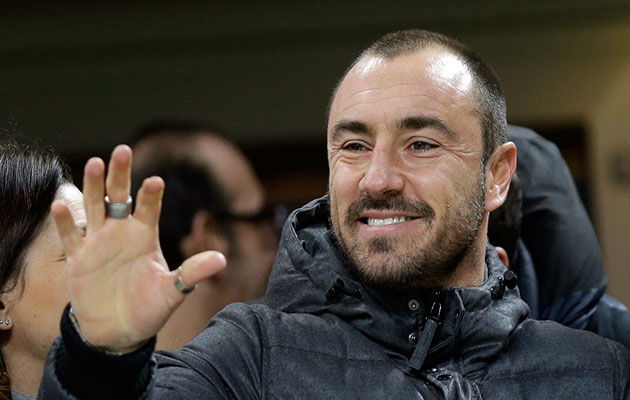 Cristian Brocchi has been appointed until the end of the season.

Brocchi, who has not managed before, will take over until the end of the season.

The decision to dispense with Mihajlovic came after a meeting this morning between him and Milan CEO Adriano Galliani.

The Rossoneri confirmed the decision by releasing a statement on their site.

“AC Milan communicate the relief of Mr Sinisa Mihajlovic from his duties as a Coach,” reads the statement.

“He has all of our thanks for the work he has done with honesty and drive.

“The Coaching of the team passes to Cristian Brocchi until the end of the season. AC Milan wishes him the best for his work.”