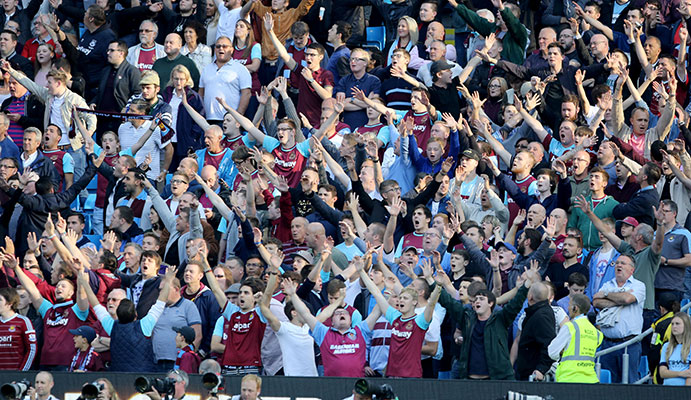 Premier League clubs have agreed plans to cap the cost of tickets for away fans to £30 for the next three seasons.

Now the top flight’s 20 clubs have “unanimously agreed” that more should be done to help away fans. The £30 away ticket cap will be introduced from next season.

In a statement, the Premier League said clubs recognised that away fans are “essential” for match atmosphere and have additional travel and ticket costs.

The statement also said the clubs believed a collective initiative was the right way to provide support for away supporters.

The statement said: “At their last meeting (4 February 2016) clubs unanimously agreed that more should be done to help away fans and, after consideration of a range of options, have now decided to introduce the new £30 maximum price for away tickets.”

The Football Supporters’ Federation (FSF) has long campaigned for cheaper tickets and wanted prices for away fans capped at £20.

He added: “This shows that clubs will listen to reasonable, well articulated mass movements.”

Arsenal – the club with the most expensive season tickets – announced its own two-year price freeze on tickets at the Emirates Stadium along with paying for an extra £4 discount for fans travelling to away games, meaning they should never pay more than £26.

The Premier League has sold television rights to its games for a record £5.136bn, 71% above last time.