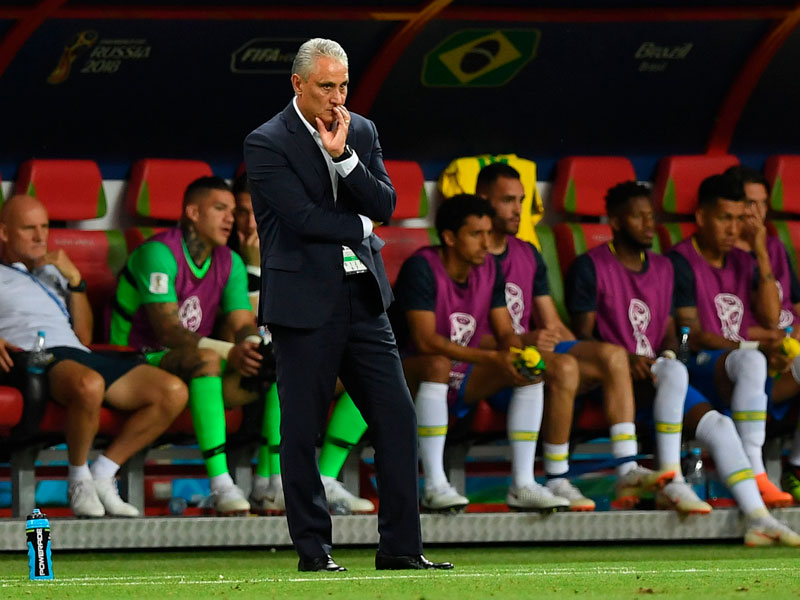 With almost half of the group that went to Russia already over 30, there is some rebuilding to be done.  Three of the four centre backs, for example, are well into their 30s and will soon need replacing.  And it will be even more interesting to see what Tite does in that vital zone of the field in front of them.

In the World Cup of Paul Pogba, Luka Modric and Kevin De Bruyne, Brazil paid a price for their lack of box to box generals – a nagging issue in the Brazilian game for some time.  In qualification they went for the classic midfield trio of one to get the ball, one to give it and one to go; Casemiro shielded the defence, Renato Augusto organised the play and Paulinho appeared in the box as an element of surprise.  In the build up to the tournament, Renato Augusto was deemed to have lost form and lost his place in the starting line up.  If Brazil could play Russia 2018 all over again, they would probably rethink that point.

In a World Cup warm up against Croatia, a midfield trio of Casemiro, Fernandinho and Paulinho fell well short of expectations.  In the first half, especially, Croatia pressed high, and Brazil lacked the passing wit to break out.  And so Phillippe Coutinho came into the trio, operating as a genuine, box to box midfielder.

In retrospect this was not a success.  There were some fine moments.  But Coutinho felt the effort of having to work up and down.  By the second round game against Mexico he was no longer defending effectively or attacking with his customary verve.  True, he did set up Brazil’s goal in the quarter final against Belgium.  But it was the lone time he made an impression on a match in which the Belgians went hunting in the space he was supposed to have been defending.

There is, then, a need for a rethink, and for the introduction of genuine midfielders in Friday’s squad (the games are against the USA and El Salvador) will surely include Arthur, the little Iniesta-like figure who made his competitive debut for Barcelona in Sunday’s Spanish Super Copa.  And another name to look out for is that of Flamengo’s Lucas Paqueta.

Tall and elegant, left footed and versatile, Paqueta filled three different positions in his side’s 1-0 league win over Cruzeiro on Sunday.  This was something of a microcosm of his career, because he has frequently been shifted around the pitch.  He ended the match at centre forward, played the previous few minutes as a number ten, and most of the game in the role in which he may be most interesting to Brazil, as part of a central midfield trio.

It was here that he settled earlier in the year, making such an impact that Tite placed him on stand by for the World Cup.  Russia, though, clearly came too early for a player who only turns 21 later this month, and he is still learning his trade.  There are clearly risks in fielding him close to his own goal; he gives the ball away too often, can try his audacious flicks and tricks at the wrong time and can dive in and commit silly fouls.  He also looks prone to petulance.

But his talent is undeniable.  Strong on the ball, able to turn and roll defenders in his wake, with vision to open out the play and the dynamism to get into the penalty box, Lucas Paqueta has much to offer Brazil as they begin their rebuilding process.