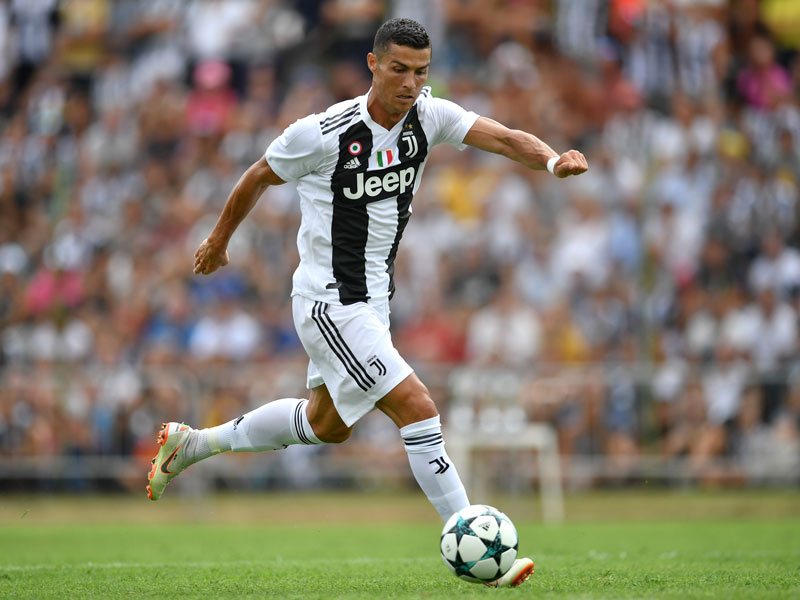 At the end of a traumatic, non World Cup summer, Italian football could not have asked for anything better. Cristiano Ronaldo, “the greatest player on the planet”, joined the country’s most famous club, Juventus, in what was modestly entitled “the deal of the century”.

At the very moment France were wrapping up their 4-2 Final win over Croatia in Moscow, Ronaldo was flying into Turin airport. He arrived on a Sunday afternoon in order to be ready for his first full day as a Juve player the next morning, which was marked by the ritual medical and an eagerly awaited first Juventus press conference.

Speaking at the club’s Allianz Stadium, the new boy said all the right things. For those who were worried that he had come to Italy just for the well-paid ride, he pointed out that he could have chosen other options, explaining that players of his age, 33, usually go to places like Qatar or China. He also underlined the point that he had accepted the challenge of a move to the Italian champions because it would take him out of his comfort zone.

“I am going to prove that I am [still] a top player,” he said. “I am going to work hard in training…I am very ambitious and I like challenges.” Asked whether he talked to his former Real Madrid boss and ex-Juve player Zinedine Zidane before agreeing to the move, he answered: “No, I didn’t speak to him. There was no need for anyone to tell me just how good a team Juventus is. Everyone knows that. In the last four years they have twice played in the Champions League Final, while in the last seven years they have won seven league titles. This is one of the strongest teams in the world.” 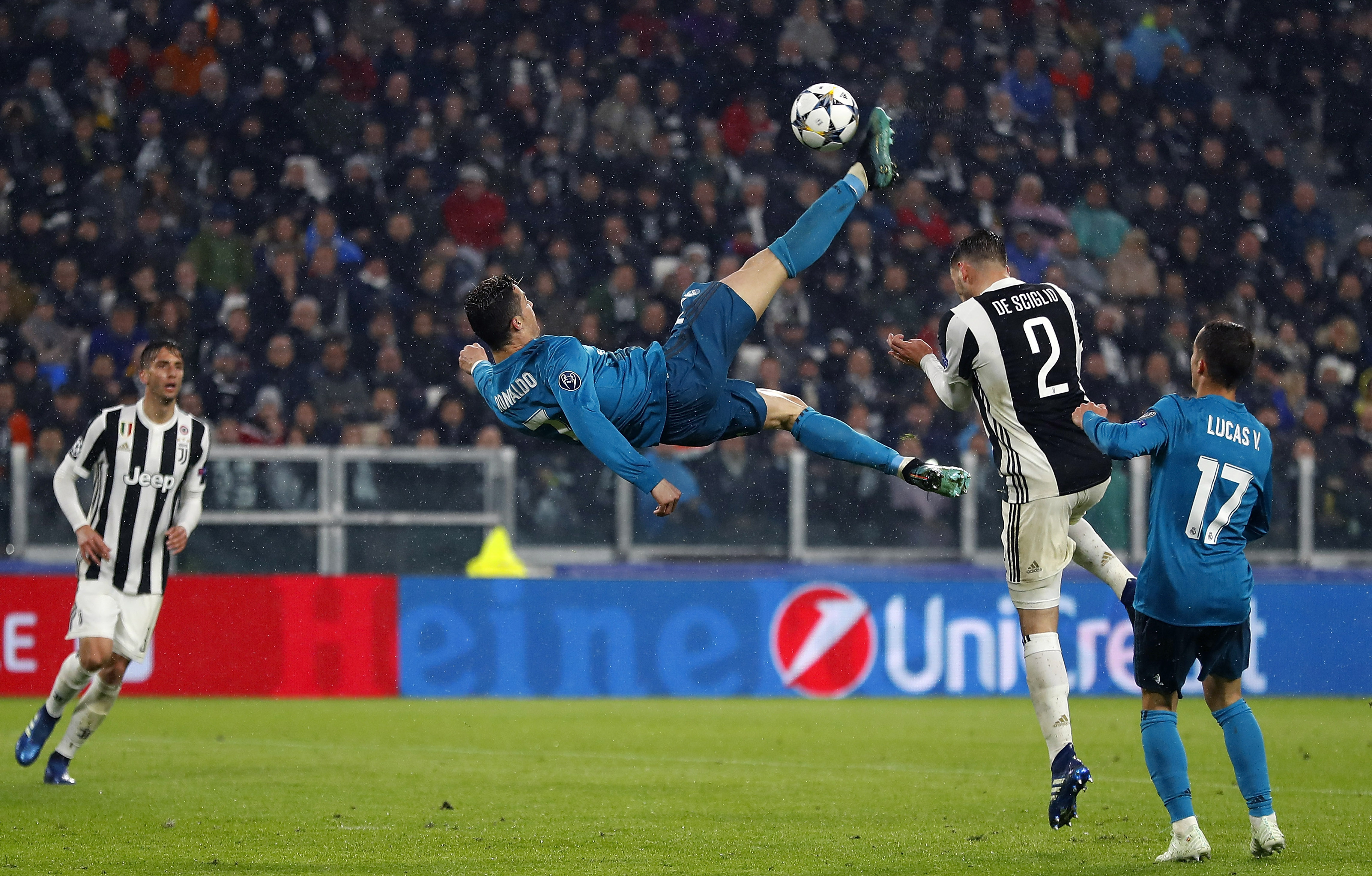 Of course, all Juve supporters wanted to know if their standing ovation after his overhead-kick goal in the Champions League quarter-finals in Turin last spring influenced his decision. Again, his answer was well calibrated, replying: “I don’t remember exactly how I felt, but I was very happy. Not just because we had won that night, nor because I had scored a great goal, but a detail that really made the difference was the reaction of the Juventus fans, the way they applauded me, that was a huge surprise. I did not expect that. I have always liked Juventus, but after that moment I certainly liked the club even more.”

If there is any precedent to the arrival of Ronaldo in Italian football it would be the signing of Diego Maradona by Napoli in 1984. The ever-passionate Napoli
fans desperately wanted the Argentinian superstar to revive the club’s fortunes so they might just win a first-ever Serie A title. And he did just that, winning not one but two league titles with Napoli.Now, the similarly enthusiastic welcome afforded by Juve followers to Ronaldo would suggest that they too have a pressing wish-list. Namely, to win the Champions League.

“I don’t see the Champions League as an obsession,” said the Portuguese. “Things need to happen naturally. A football team has a lot of players and victory in a cup competition depends on a whole host of factors. It is what the president [Andrea Agnelli] said to me: ‘It’s not an obsession, it’s a dream.’ I hope to help Juventus win a Champions League trophy in the next four years. I know that will be very difficult, but I think it is possible”

So what prompted this largely unexpected move? In reality, there are a number of factors.

Firstly, as alluded to by the player himself, rather than go play heavily remunerated, but less-challenging football in China, USA or Qatar, he has opted for one of the few non-Spanish and non-English clubs that can offer him a realistic crack at the Champions League. Put simply, at Juventus he is still in the game and at the very highest level.

Having already won titles with Real Madrid and Manchester United, it is hard to believe that someone with his fierce pride, determination and ambition was not tempted by the idea of adding a Serie A title, or even better a Champions League medal, to his personal trophy haul.

Some have speculated that the move could help his complex tax situation. In July, a Spanish news agency confirmed Ronaldo had “resolved” his outstanding tax debts to the Spanish state, by making a payment of €18.8m. Could it be that he will now move his fiscal residence to Italy, in the hope of arriving at a more favourable agreement with the Italian Inland Revenue?

While that consideration may or may not be true, romantics still cling to the hope that the standing ovation at the Allianz Stadium last April counts for something, too. Certainly, Juve’s sporting director, Fabio Paratici, made much of the matter on “CR7 Day”, telling Sky Italia: “This mad idea began after that game in Turin… after his overhead kick goal. In the week after that, his agent, Jorge Mendes, told us that Ronaldo had been ‘really struck’ by the overall reaction, so much so that one day he would like to play for Juventus.” 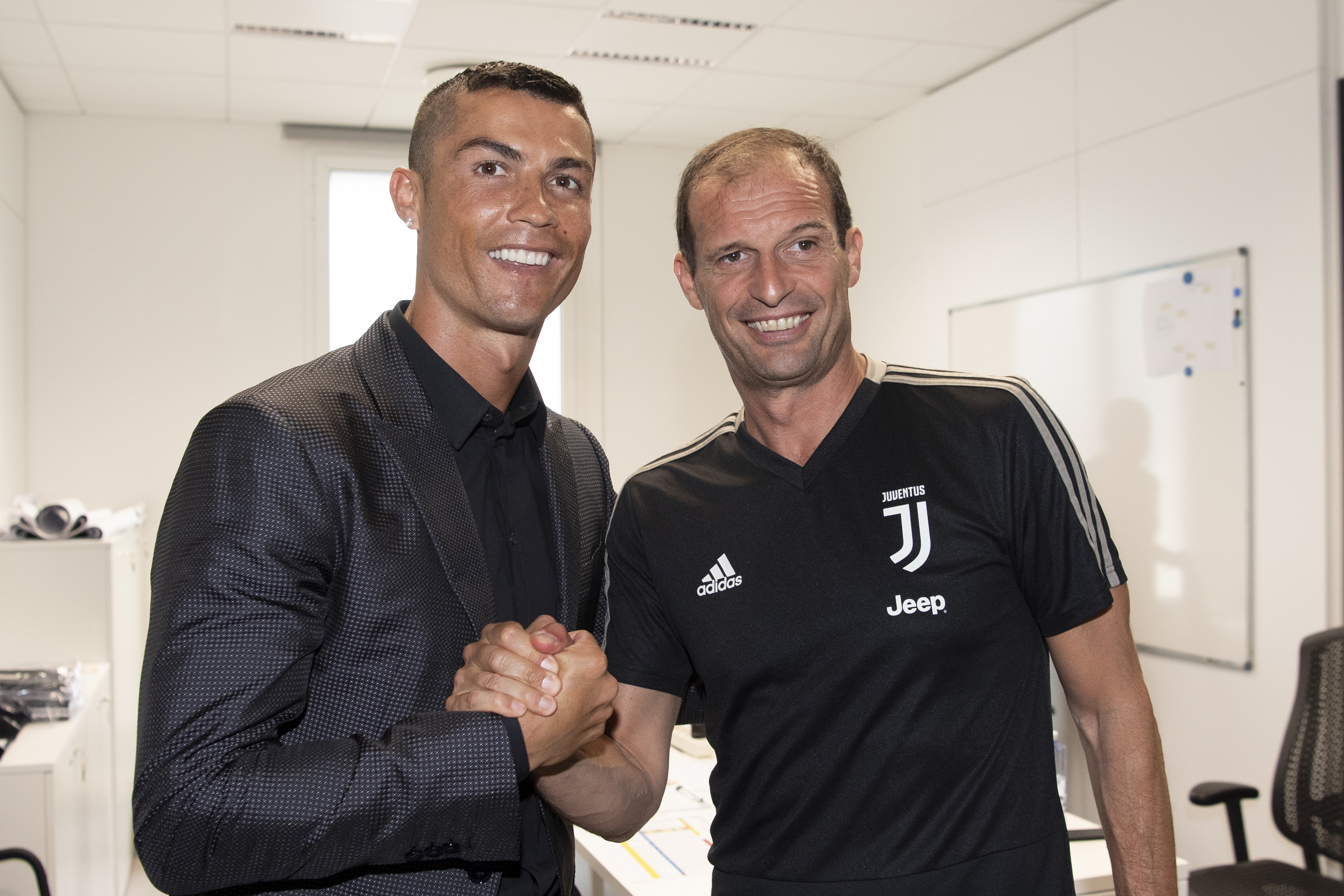 Juve president Agnelli told Paratici to pursue the idea and in a relatively short time the “deal of the century” was up and running.

And not just on the pitch. The arrival of Ronaldo prompted an immediate hike in the club’s share price with the club’s market valuation rising from €665m to €815m in a matter of days. What seems certain is that Juventus will have thought long and hard about the soundness of a business plan which, reportedly, involves a total cost of more than €300m, when taxes, wages and the like are included.

If Juventus feel that Ronaldo is worth this level of outlay it can only be presumed that they have got their sums right. Time will tell, but the initial rush on CR7 shirts suggests that this move could yet notch Juventus one more rung up the international ladder of fame and influence, certainly in marketing, merchandising and publicity terms. 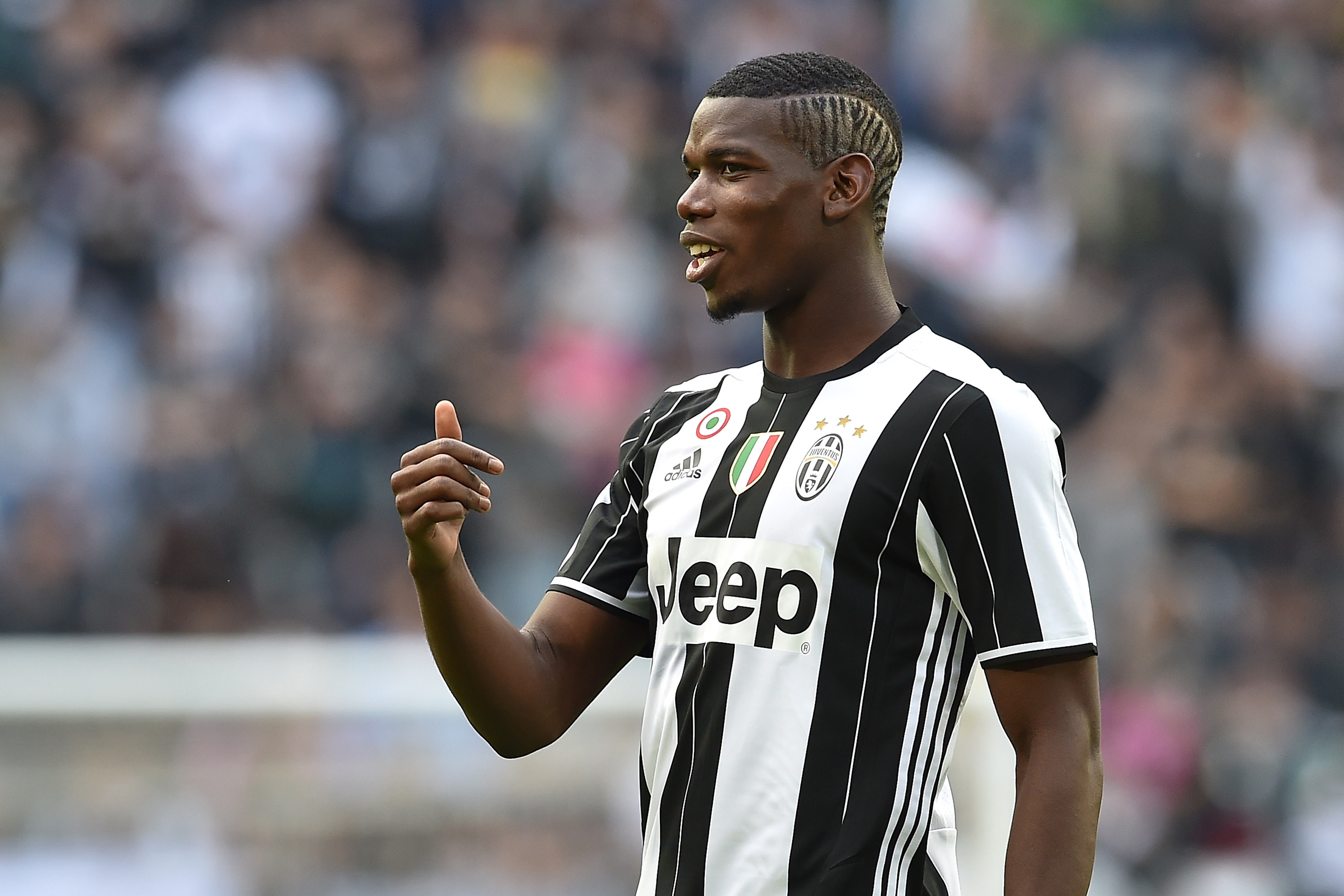 Juventus have pulled of big deals before, like signing Paul Pogba from Manchester United (Getty Images)

Remember, too, that this is the club which in the last decade has emerged from the Calciopoli scandal and a year in Serie B to reach unparalleled domestic dominance, pulling off some very handy transfer deals – such as the free-transfer signings of Andrea Pirlo, Sami Khedira and Paul Pogba, who was subsequently sold back to Manchester United for €105m.

Despite their success, Juventus are still ranked only 10th in Deloitte’s Money League, with the first three in the ranking – Manchester United, Real Madrid and Barcelona – all earning 50 per cent more in annual revenues. According to La Gazzetta dello Sport, international auditors KMPG have estimated that Juventus could increase their annual turnover by €100m in the next two or three years in the wake of the Ronaldo deal.

All of that will become much cleared in due course. What is clear is already that Ronaldo arrival has been warmly welcomed by Italian football. Current national coach Roberto Mancini probably spoke for many when he said: “This is excellent news. You can only learn from great players like him and our young players, the ones who have already been called up to the Italy team, will only get better if they have the chance of playing against him.”

“All in all, a player like him is a blessing for Serie A.”