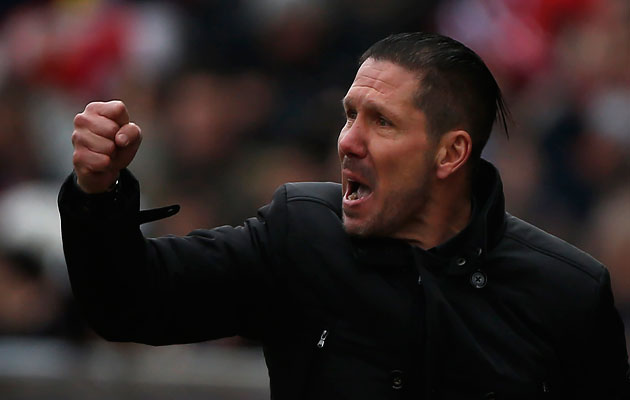 Diego Simeone says he is happy at Atletico Madrid and has no plans to leave the club.

Simeone’s success over the last four seasons at Atletico – including a remarkable 2014 La Liga title win – has seen him linked to a number of leading European clubs, among them Chelsea, who are searching for a permanent replacement for Jose Mourinho, who was sacked by the London club last December.

However, speaking with Mexican newspaper Record, Simeone said that after a number of years on the road, he had finally found a place he could call home.

“This is my place now,” Simeone said. “In my career I was a bit of a nomad, as since I am 20 years old I have been travelling and playing in different places, both as a player and as a coach.

Asked if his way of coaching had more in common with that of Jose Mourinho and Pep Guardiola, Simeone said he was a pragmatist who worked with whichever players were at his disposal.

“My idea is to win, I don’t know any other,” he said. “What you look for on the pitch is the best characteristics of each player to reach your objective in the game, which is to win.

“When you come to a club you have players you have not signed. If you have Barcelona’s players, you play differently than if you have those of Inter.”