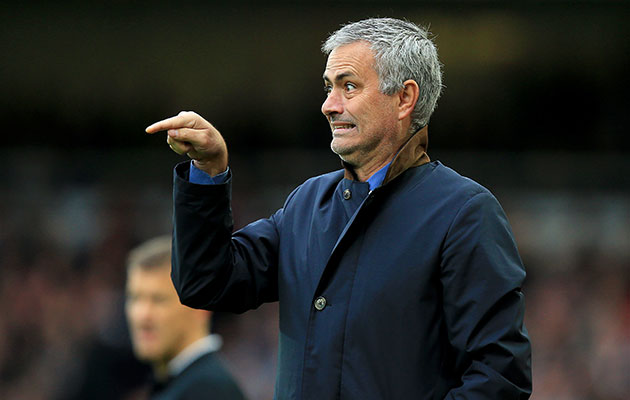 Chelsea have sacked manager Jose Mourinho just seven months after he led them to the Premier League title.

The 52-year-old was in his second spell at the club, taking charge in June 2013 after an earlier three year spell between 2004-07.

The club released a statement confirming the departure of the most successful manager in the club’s history.

“All at Chelsea thank Jose for his immense contribution since he returned as manager in the summer of 2013.

“His three league titles, FA Cup, Community Shield and three League Cup wins over two spells make him the most successful manager in our 110-year history.

“But both Jose and the board agreed results have not been good enough this season and believe it is in the best interests of both parties to go our separate ways.

“The club wishes to make clear Jose leaves us on good terms and will always remain a much-loved, respected and significant figure at Chelsea.

“The club’s focus is now on ensuring our talented squad reaches its potential.

“There will be no further comment until a new appointment is made.”

Chelsea have lost nine of their 16 league games so far and are 16th in the table, one point above the relegation places.

When asked after the Leicester defeat if he could hold on to his job, Mourinho said: “The only thing I can say is that I want to. I have no doubts and I think you know me well enough, three years this time, plus three years another time, that I am not afraid of a big challenge, and in this moment this is a real big challenge.

“I want to stay, I hope Mr Abramovich and the board want me to stay.”

Champions League qualification via one of the top four spots in the Premier League looks highly unlikely, although the club topped their qualifying group in this year’s competition and will face French champions Paris Saint-Germain in the last 16.

Mourinho, who signed a new four-year contract on 7 August, is Chelsea’s most successful manager, but his fall from grace has been sudden and dramatic. Monday’s defeat left the club just a point off the relegation zone and 20 points behind leaers Leicester.

He won three Premier League titles, two of those in his first spell between 2004 and 2007.