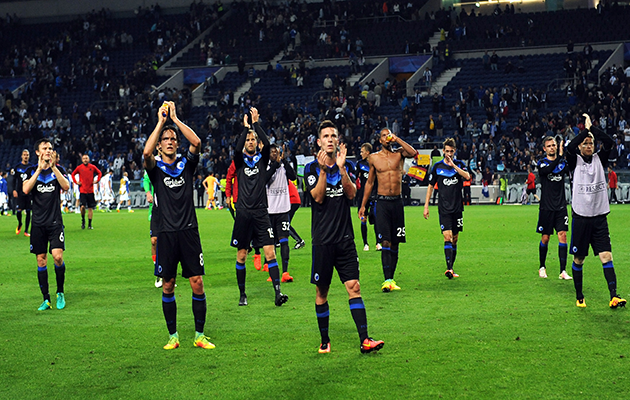 FC Copenhagen director Anders Horsholt has confirmed talks have been held over a potential northern European league, often referred to as the Atlantic League, involving teams from Scotland, Denmark, the Netherlands, Belgium, Norway and Sweden.

Earlier this year, reports in Scotland suggested that Celtic’s chief executive, Peter Lawwell, was in favour of the creation of such a league as they feared were concerned about being excluded form a revamped Champions League.

In an interview with the Danish newspaper BT, he said: “Yes it’s true. If we do not act now, we will see the biggest clubs grow larger and stronger while it will be increasingly difficult for clubs like us.

“We must therefore look at which alternative international opportunities for FC Copenhagen in the future.

“Here it is still too early to talk about specific models, but the discussion of leagues across European borders is a theme that we look at and actively participate in.”

Last month the president of Spain’s La Liga admitted he was attracted by the prospect of a breakaway competition to rival the Champions League because it represents a “greater opportunity to generate more revenue”. In July the Dalian Wanda Group, owned by China’s richest man Wang Jianlin, revealed it had opened talks with clubs with a view to setting up such a league. The moves come as Europe’s leading clubs look at ways to compete financially with the cash-rich Premier League clubs, all of whom have benefited hugely form the most recent TV deals.

That followed Uefa’s announcement that Europe’s top four leagues will have four automatic places in the Champions League group stage from the 2018-19 season onwards – a move that was supported by clubs in Spain and Italy.

“We understand that the biggest clubs act as they do,” Horsholt said. “But it also means that we must look at the market it leaves and seek alliances with teams from other countries in the same situation.

“This is not a situation that we have created, but we have to deal with it because we cannot live with the alternative accounting. We must continue to develop as a club and be attractive to sponsors, the most skilled players and staff. Therefore, it is essential that we are at the European level.

“FC Copenhagen and other European clubs that will be part of a new European league will step out of their domestic leagues. It is still well in the future, but it may well be the result.”

The original idea for an Atlantic League proposed by PSV Eindhoven chairman Harry van Raaij in 2000 was rejected, but the idea never completely went away and was revived in 2009 by the Dutch FA head Michael Van Praag.