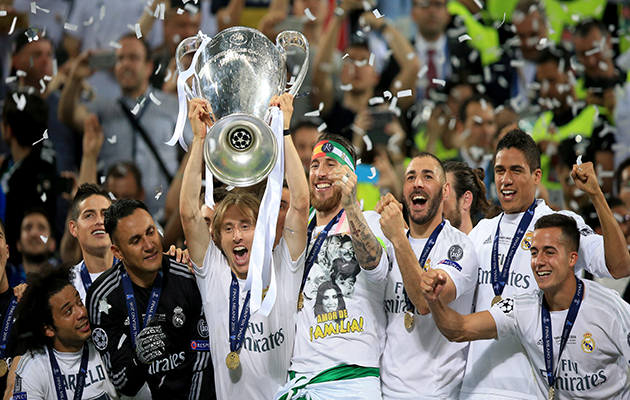 Europe’s top four domestic leagues have been guaranteed four places each in the group stages of the Champions League from the 2018-19 season, in a revamp of Europe’s elite club competition.

Under the present system, England, Germany and Spain have three places each while their fourth-placed teams must win a play-off to qualify. Italy, meanwhile, has only two guaranteed places, plus one in the play-off round.

Although the changes stopped short of guaranteeing places for named clubs, like Manchester United, Liverpool, Milan and Inter (none of whom qualified for this year’s competition), their previous success will be acknowledged in a new system for determining country coefficients. Also, coefficients will now be based on a club’s record rather than that of its counrty.

All clubs qualifying for the group stages will receive a significant revenue increase from 2018-19. A new financial sysytem will see sporting performances better rewarded, while market pool share will decrease.

According to Uefa competitions director Giorgio Marchetti, the format for the Champions League will remain the same.

Following a qualifying stage, 32 teams will be drawn in eight groups of four for the right to be one of 16 sides to make it through to the knockout competition.

Speaking about the amendments, UEFA General Secretary ad interim Theodore Theodoridis said: “The evolution of UEFA’s club competitions is the result of a wide-ranging consultative process involving all stakeholders and taking into account a wide range of expertise and perspectives.

“The amendments made will continue to ensure qualification based on sporting merit, and the right of all associations and their clubs to compete in Europe’s elite club competitions.

“We are happy that European football remains united behind the concepts of solidarity, fair competition, fair distribution and good governance.”