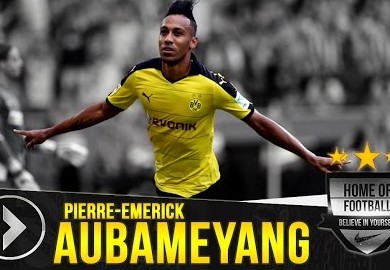 Borussia Dortmund hotshot Pierre-Emerick Aubameyang has dealt a blow to Arsenal’s transfer aspirations for his services.

Aubameyang has struck 27 goals in 27 games in all competitions for the German club this term, including 18 goals in the first half of the Bundesliga season – helping Dortmund rise to second in the Bundesliga.

Dortmund chief Watzke said in a recent interview to German newspaper Bild that no player was bigger than the club, and that the club have always found solutions despite losing their most coveted assets.

However, it appears Gabonese striker, Aubameyang, has responded to the Dortmund chief by firmly stating that his future lies in at the Westfalenstadion. 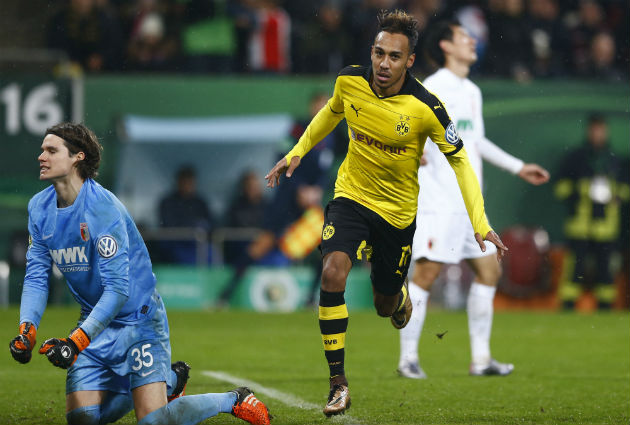 Pierre-Emerick Aubameyang has been in blistering form this season.

Speaking to ESPN after recieving his first African player of the year award, Aubameyang rebuffed the rumours bluntly: “Let me say this first: I am not going to Arsenal, Dortmund is my club and I am not leaving soon.”

Aubameyang’s statement was echoed by Dormund sporting director Michael Zorc who has also said that there would be no plans for any more departures in the January window following the exit of Adnan Januzaj back to Manchester Utd, apart from “certain cases” a reference that alludes to bit part centre back Neven Subotic, who has been linked to Liverpool and a reunification with former boss Jurgen Klopp.

He told reporters: “Looking at the numbers, we don’t have too many players.”