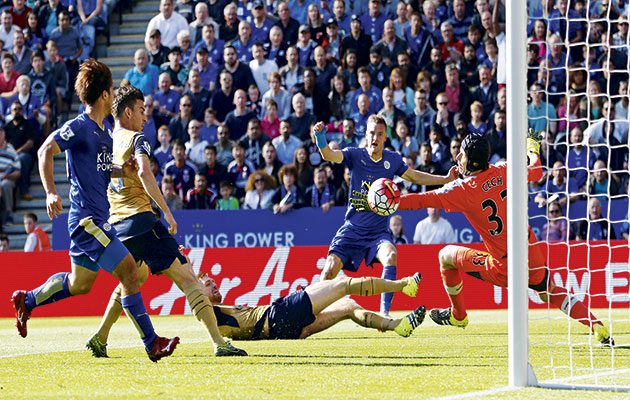 Contradicting reports for Jamie Vardy have emerged today on his decision whether he will be joining Arsenal next season.

The BBC expects Vardy to make his selection whether he will be playing at the Emirates or the King Power stadium next season today.

BBC journalist David Ornstein is known to be Arsenal’s mouthpiece when it comes to transfer activity. He said that Vardy will make his choice later today and is weighing up Leicester City’s counter offer against a move to North London.

No decision yet from Jamie Vardy on joining Arsenal or accepting Leicetser's counter offer. He is still expected to decide today #AFC #LCFC

However in contrast, Sky Sports understands that Vardy will not make his choice today. Vardy flew out with the rest of the England squad to France from Luton Airport, and England manager Roy Hodgson does not want any distractions that will disrupt England’s Euro 2016 preparations.

Meanwhile Arsenal striker Oliver Giroud believes that Vardy would like to join the Gunners next season.

“I have been told that Jamie wants to join us and it’s very good news for us. I think we can be complimentary and that’s all I can say,” Giroud told Sky Sports after scoring a brace for France in their victory over Scotland.

“He’s a fantastic player, so it’s good news for us.”