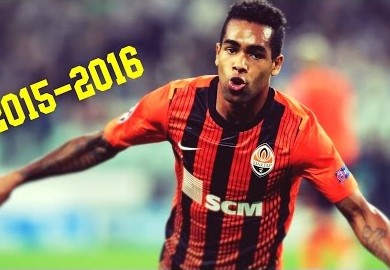 Chelsea have been handed a transfer boost in their pursuit of Shakhtar Donetsk attacking midfielder Alex Teixeria.

Teixeria said that he would be willing to leave the Ukrainian outfit to enhance his prospects of representing Brazil in the future.

Chelsea would hope to tie up a deal for the talented attacking midfielder, who has already netted 26 times this season for Shakhtar in the Ukrainian Premier League.

Shakhtar manager Mircea Lucescu has previously said that he would try and veto any potential bids for the talented midfielder. 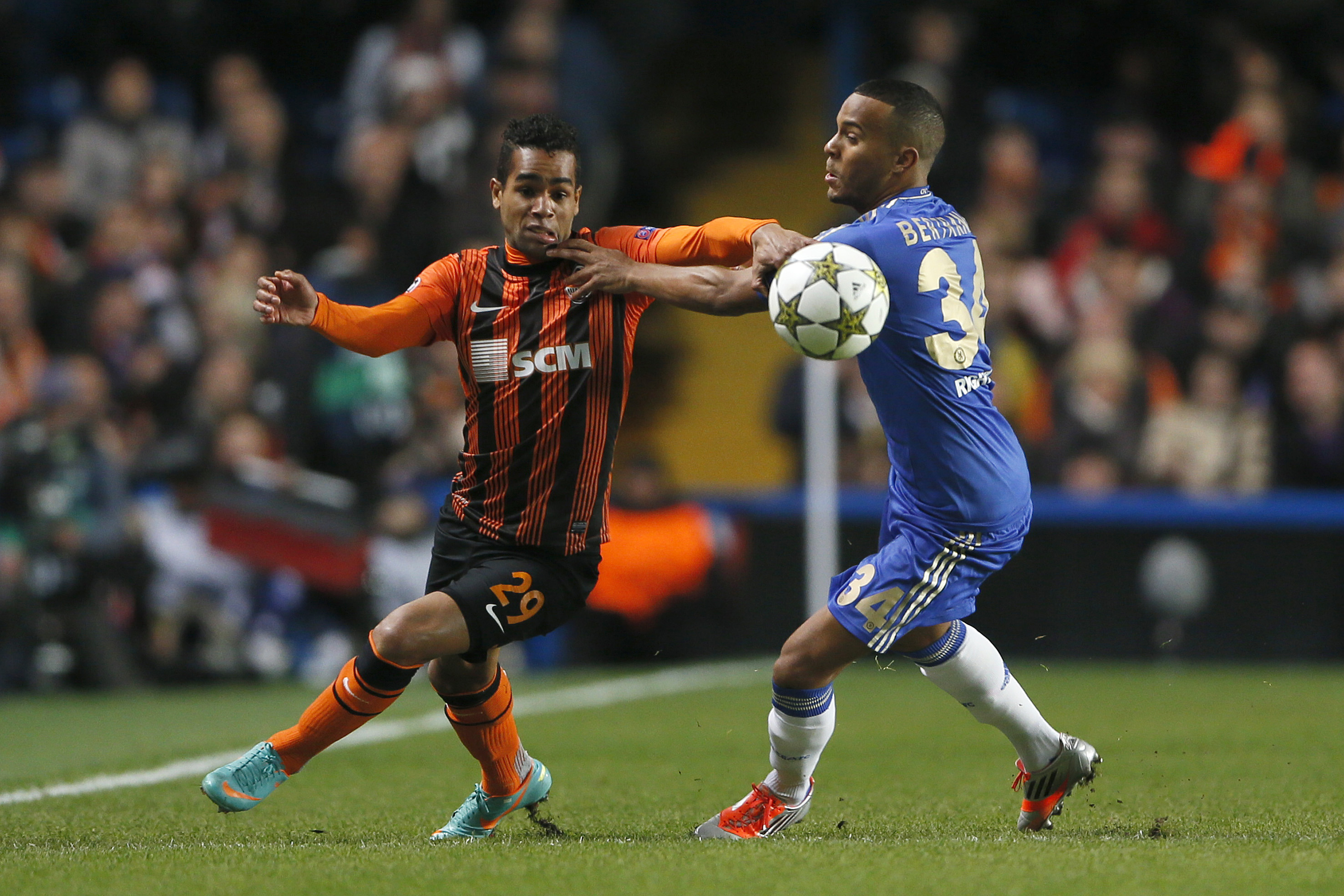 Changing colours? Alex Teixeria competes against Chelsea in a Champions League in 2012

However, Teixeria has welcomed the interest expressed by the Premier League champions and cited his ambitions to play for his country as a reason to move.

According to the Evening Standard, he said: “I want to be part of the Brazilian National Team, so I may have to switch clubs.

“Chelsea? I’m very happy that they’re interested. On my part, I do everything to continue improving.”

It is believed that Shakhtar would demand a fee of around £30m to acquire the services of Teixeria.

The attacking midfielder possesses pace and trickery, combined with an insatiable appetite for goal.

It is also rumoured that Alexandre Pato could be soon making his way to Stamford Bridge also.

According to the Evening Standard, some Chelsea playing members believe that he will be playing at Stamford Bridge and a £11m could be struck this week.