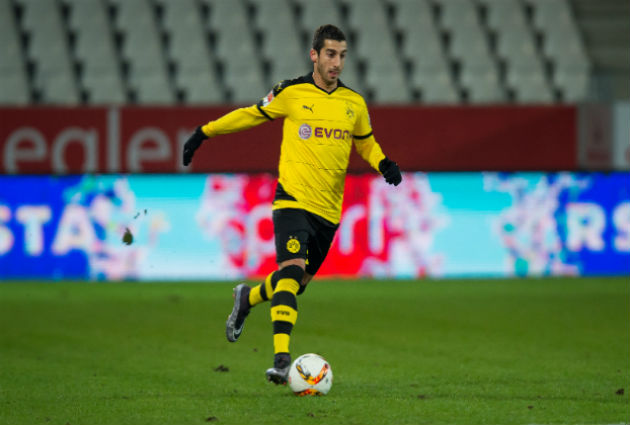 Borussia Dortmund playmaker Henrikh Mkhitaryan is hopeful that he will stay at the club under current manager, Thomas Tuche.

The Armenian playmaker has been in wonderful form this campaign for the German outfit. He has always been marvelled for his diminutive playmaking skills, however he has added goals to his repertoire this season.

He has scored 15 goals in 22 appearances for Dortmund and is a vital cog in the team, who are currently second in the league.

Happy birthday to Henrikh Mkhitaryan who has been in fantastic form this season with 15 goals in 28 games for #BVB! https://t.co/FkOf5RIPee

When Mkhitaryan was asked by German state broadcaster Deutsche Welle whether he had hoped that Tuche would try and convince to stay at the club, he replied: “I hope so.”

He added: “If he did the first step, why not the second?”

“I met him for the first time in March and he convinced me to stay.

“I wanted to stay also, because I had some things to prove to the people, to show that I deserve to be here. That’s why I am trying to stay this year also.

“From the first talk we had he told me that he could bring me to a level of high-class. And he has done that, so I am thankful to him.”