Manchester City goalkeeper Joe Hart is expected in Turin on Tuesday to undergo a medical after agreeing a one-year loan deal with the Serie A outfit.

The two clubs, alongside Hart’s representatives, spent Monday agreeing the final terms of the contract, with both City and Torino understood to be contributing to the 29-year-old’s salary.

Hart, the current England No1, has met up with the England squad at St George’s Park but has been given permission by the Football Association to fly to Turin on Tuesday to undergo a medical and complete the loan.

The 29-year-old, who has lost his place at Manchester City under new boss Pep Guardiola, has been told by new manager Sam Allardyce that his England place is under threat unless he is playing regular first team football. 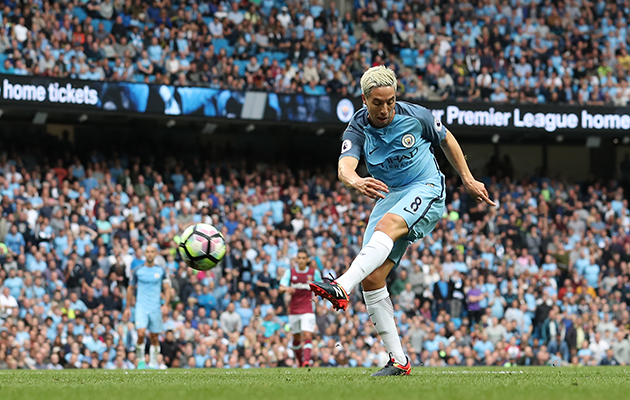 Also set to leave City is Samir Nasri, who is a target for Turkish side Besiktas.

Nasri was excluded from training with the first-team squad by Guardiola when he returned for pre-season training overweight. The Frenchman made a substitute appearance against West Ham on Sunday, playing the last 15 minutes of City’s 3-1 win. Despite that brief appearance, not to mention Guardiola describing his efforts in training since his exclusion as ‘fantastic’, Nasri confirmed that he might still move before the transfer window closes on Wednesday.

“Yes, there could still be movement,” Nasri said. “It depends on a lot of things in fact.

“But I said ‘everything depends on what’s up there [in your head] and your desire’. So we’ll see. We’re going to sit down, discuss it and see what’s to be done.”