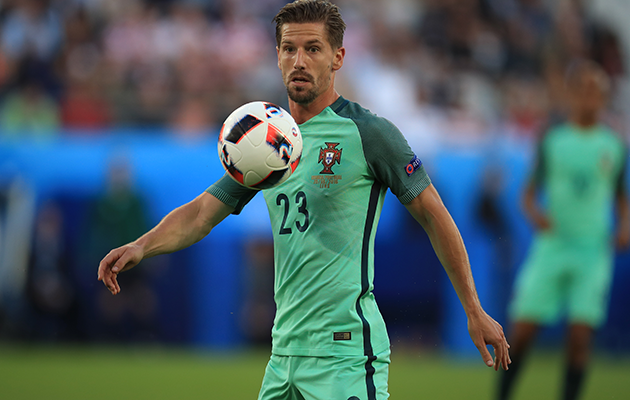 The Premier League champions triggered Silva’s £38.5 million release clause, which will pave the way for a deal being concluded before today’s transfer window closes.

Leicester have been chasing Silva, 27, and his Sporting teammate Islam Slimani as they look to strengthen their squad ahead of their debut Champions League campaign which kicks off next month.

Silva, a Euro 2016 winner with Portugal earlier this summer, admitted earlier this week that he was hoping to make the move to Leicester.

In an interview with Porto-based newspaper O Jogo, Silva said: “Yes, I confirm this proposal. Leicester is very interesting and corresponds to my career goals.

“After the past 15 years at Sporting, this opportunity is something exceptional for me and can allow me to express and impose myself in another championship, and also to evolve in the Premier League, which is a stunning league.

“I love Sporting as a family and I dedicated myself to the club since I was 12 years old.

“With Sporting I lived many moments of happiness. I can say that I grew up with the club. At 27 years old, and after so many years of loyalty, I think that no one will criticise me for wanting to embrace this challenge.”

However, Sporting were quck to remind Silva that he signed a new contract with the club earlier this year.

“The player renewed his contract in February 2016 in a deal involving significant sums of money, making it absolutely clear that the extension to his contract would mean that Adrien Silva would say at the club until the end of his career,” a club statement read.

Silva, who helped Portugal win Euro 2016, only signed a new deal at Sporting in February, which included a release clause of £38.5m.

In what could be a busy day for the Premier League champions, Leicester are also keen to buy Algeria striker Islam Slimani from the same club for £30m.

The 28-year-old is understood to have left his national side’s camp to undergo the exam in Bologna, Italy.