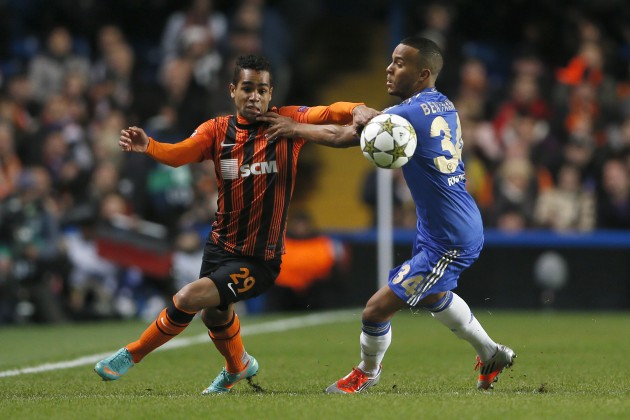 Liverpool chief Ian Ayre has reportedly flown to Ukraine to seal a transfer deal for Alex Teixiera which would scupper any chance of Chelsea signing the forward. Liverpool are set to offer £24.5, however, Shakhtar Donetsk want a fee in the region closer to £39m
Teixeira – who has already netted 26 times this season for Shakhtar in the Ukrainian Premier League – had previously welcomed being linked to Chelsea, however it now appears to be Liverpool who are favourites to land the skillful winger.

Teixeira would potentially be Liverpool’s fourth Brazilian at the club and should have no problems adapting with his surroundings.

He is also very akin to the type of player Jurgen Klopp yearns for. He is quick, mobile and dynamic and his style is very much similar to those at Klopp’s former club Borusia Dortmund.

With Daniel Sturridge’s fitness problems and Striker Christian Benteke struggling, Teixeira would offer Liverpool some guile and goals upfront. He has already netted 22 goals in 15 league games and four goals in 10 Champions League games this season.

Speaking about Chelsea’s interest, Teixeira said that he was happy to be linked with them and said that a move could help his ambition of playing for Brazil.