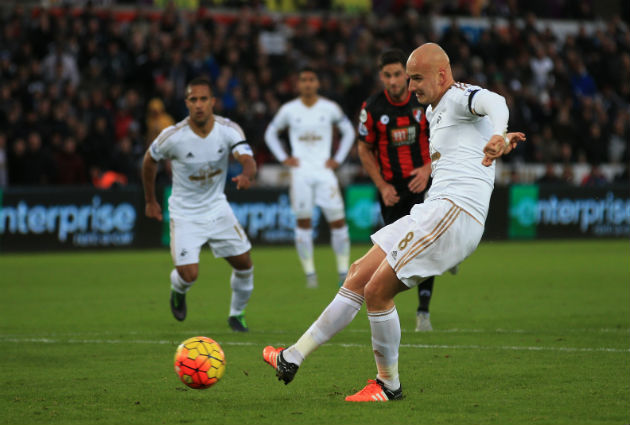 BBC Sport are reporting that Swansea midfielder Jonjo Shelvey is on the cusp of signing a deal with Newcastle for a fee of £12m.

The talented former Liverpool player will have a medical at St James’ Park before a deal is completed on Tuesday between the Premier League relegation rivals.

Shelvey joined Swansea from Liverpool in 2013 for a fee of £5m and produced some eye-catching performances in the middle of the park.

As a result, he helped Swansea finish eighth in the Premier League and his performances were rewarded with a call up to the English national team.

Shelvey, signed a four-year Swansea extension in 2015 but has fallen out of favour with manager Alan Curtis. He has only started two out of the last eight games, and his final game came against Oxford United in the shock Fa Cup defeat.

Shelvey cut a frustrated figure in recent weeks due to the lack of starting opportunities, but Curtis reassured him of his importance to the team.

“I would want him to stay, yeah, absolutely,” stressed Curtis.

“I spoke to him [on Friday] and told him that. I feel that he’s got a huge part to play.

“He’s not in the team at the moment and there’s always going to be speculation about good players.

“Jonjo’s a current England international so there’s going to be speculation about him moving on.

“We feel that he’s a huge part of what will be a difficult run-in.”

It is a risk for the Swans to sell one of their players to another relegation rival, however £12m represents a good piece of business, and Swansea fans will be hoping that this money can be reinvested this transfer window.