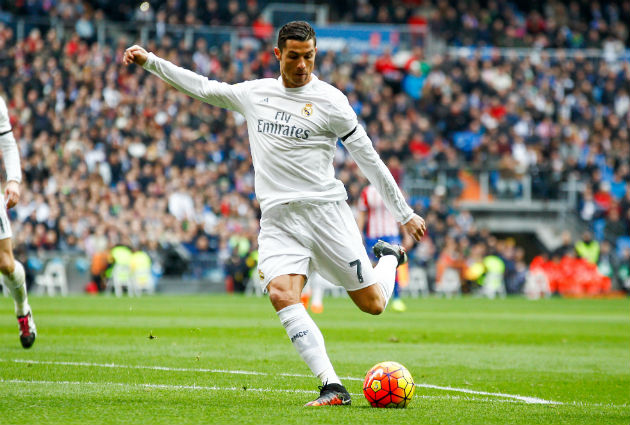 Real Madrid star, Cristiano Ronaldo has not ruled out a potential move to the MLS in the future – saying that the prospect of plying his trade stateside would be an “interesting” option.

Speaking to GQ magazine, Ronaldo said that one day he could settle in the states and follow in the footsteps of some of football’s household names, such as David Beckham, Frank Lampard, Steven Gerrard and Andreas Pirlo.

Ronaldo said: “Maybe in the future will be a good chance for me to play there [in America]. You never know, but it’s something interesting. I consider it, of course, because as I’ve said, soccer there has become better and better… I think that this is maybe going to be possible.”

Real boss Zinedine Zidane has previously said that he would veto any potential departure for his talisman.

Zidane denied that Ronaldo would be leaving the club in the near future, and hailed him as the “soul” of the team.

Zidane said: “Cristiano [Ronaldo] is more than untransferable, he’s the soul of this Madrid. As long as I’m here he won’t leave, that’s for sure.

“Cristiano will play along the wing and he’ll play whatever happens. I’m going to give few instructions to Cristiano, his record talks for itself.

“The only thing I want is that he feels happy, at ease.”

Ronaldo has always said that playing for Madrid was his dream, but the last year has seen his future being discussed on a frequent basis.

Former club Manchester Utd and PSG are reportedly interested in bringing in the Portuguese superstar, however the growth being shown in the MLS may alter Ronaldo’s future destination.

He said: “I know that many players move there. I think it’s becoming better and better.

“It’s growing, I think it’s good. It’s good for me and young players that maybe one day we want to move there. So it’s good that football – ‘soccer’ – grows there.”

A GQ Special: Ronaldo. In his underwear. Juggling https://t.co/MECG6eFwH6 pic.twitter.com/fSuDle1l9R