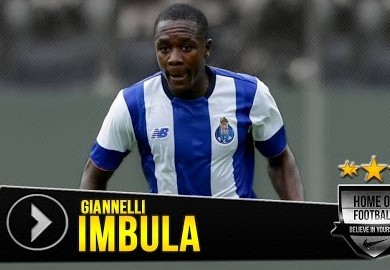 Stoke City have continued their impressive transfer spending spree following on from the summer as they have smashed their transfer record by signing the French-Belgian midfielder Giannelli Imbula from Porto for £18.3m.

A deal was close throughout the transfer deadline day and manager Mark Hughes was optimistic that a deal could be struck before the 11pm deadline.

“Talks have been progressing.” he told reporters.

“Hopefully by the end of the day we’ll be able to announce something.”

#scfc delighted to confirm the signing of Giannelli Imbula from Porto for £18.3m – https://t.co/lkLqlVUn9F pic.twitter.com/8B5LvfdzGN

Imbula arrived in Portugal as the most expensive signing, costing Porto £15m from French side, Marseille in the summer.

He has put a string of impressive performances and this has convinced Mark Hughes to earmark him as a replacement for defensive midfielder Steven N’Zonzi, who left the Potters last summer to Sevilla for £7m.

According to The Guardian, Stoke’s latest recruit was still in Portugal on Monday morning but talks advanced quickly with Stoke interestingly agreeing to Porto to include a 15% sell-on clause included in the contract.

Stoke have broken their transfer record for the second time, following the summer signing of Xherdan Shaqiri from Inter Milan for £12m.

Imbula joins a new-look set up, with a raft of talented players at Stoke.

Manager Mark Hughes told Sky Sports that he was, “delighted to have got a very very good young player, who has still got a lot of potential that we hope to realise, and he is going to add to a strong squad that we already have.”

He said that the formalities throughout the day were arduous, but was thankful that the processes went smoothly and was delighted to have brought in a great acquisition to the squad.