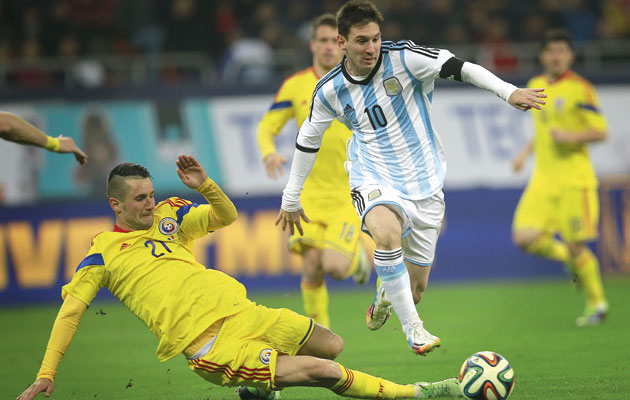 Argentina will travel to Brazil expecting to make the semi-finals at least – and that would be an improvement on the past 20 years. The firepower at their disposal is formidable and, for the superstitious, Messi’s age (26) is the same as Maradona’s when Argentina last lifted the World Cup.

In terms of talent and ability, arguably any one of the three strikers of Lionel Messi, Gonzalo Higuain and Sergio Aguero have the potential to be top scorer in the competition – meaning that if Alejandro Sabella opts to play those three, goals should be guaranteed.

While the coach may have prepared a Plan B, his A-game is all about Messi. Since the disaster of the 2011 Copa America, the little man has been transformed, scoring almost a goal a game for his country. The image of a dejected Messi in blue and white, or of supporters who question his commitment to his country, are long gone.

But analyse lines behind the attack and question marks appear. In midfield, there are concerns over the form and fitness of Fernando Gago, and after that there is not an obvious like-for-like replacement in the role alongside Javier Mascherano, especially as Ever Banega has failed to find consistency at club level. And the defence continues to suffer from organisational and individual mistakes. Finding the balance of keeping a water-tight defence while unleashing the full armoury is the biggest challenge facing Argentina.

The debate rages over Carlos Tevez, whose impressive form in Italy has not been met, as yet, with a call-up to national duty. He was only included in the Copa America squad at the very last minute after the pressure to include the striker from fans and media alike forced then-coach Sergio Batista’s hand.

True, it was Tevez who missed the penalty against Uruguay that sent Argentina out but the team’s ills went deeper than a missed spot-kick – and the prevailing optimism that has crept in since is tempered by those defensive frailties. Grumbles of Sabella’s favouritism towards former Estudiantes players continue, too.

The group phase is viewed favourably by the coaching staff, not only in terms of the opponents but also logistically. They face short distances to matches from their base in Belo Horizonte, allowing ample recovery time – which should see the side enter the knockout phase in good health. 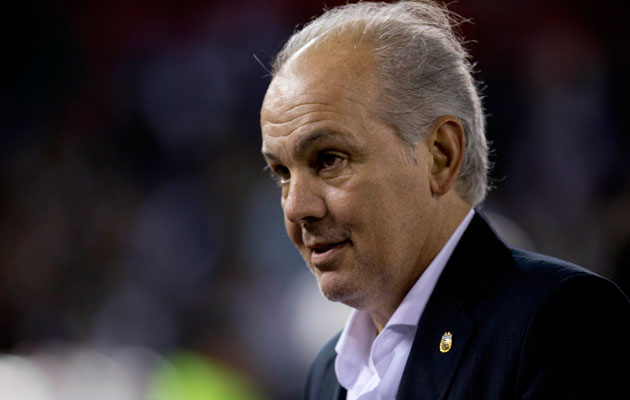 Was set to fly to the Middle East for a lucrative job offer when the AFA called him in 2011. Sergio Batista’s side stumbled at the quarter-finals of a Copa America that Argentina were hosting and Sabella became the country’s fourth coach in as many years.

For nearly 20 years he was assistant coach to Daniel Passarella. After going it alone in 2009 he won the league and Libertadores Cup with Estudiantes and came within two minutes of beating Barcelona in the Club World Cup.

Nothing more than the odd blip.

A bit-part performer at River Plate, he was a classy playmaker in England with Sheffield United. He later went home and won two titles with Estudiantes.

Was Passarella’s assistant at France 98.

He plays a straight bat with the local media who recognise what he has done with improving Messi’s form – even if comments such as “I’d be happy to win half-nil” bother some.

His predilection for Estudiantes players continues to rile some, although supporters mostly view him as a pragmatic choice after the rollercoster rides of Diego Maradona and Batista.

“Born at River, adopted at Estudiantes” is how he describes himself, bridging the two different schools of thought on how the game should be played.

Barcelona’s Gerardo Martino is being tipped to replace him, but then so is Atletico Madrid’s Diego Simeone…