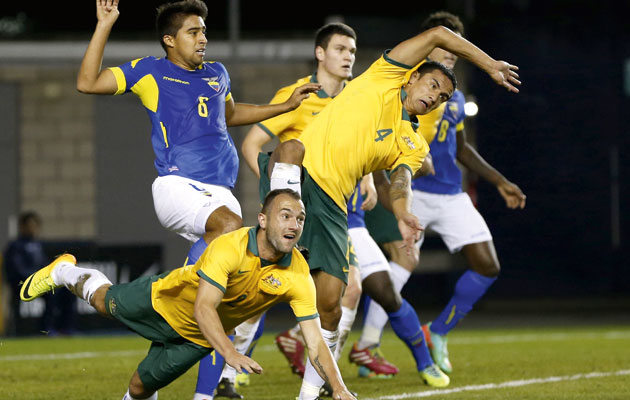 With expectations not exactly sky high – which is understandable given the almost impossible nature of Australia’s group – hopes for this summer therefore rest more on performances rather than results. And if the “Socceroos” can give a good account of themselves against heavyweights Spain and Holland, the football fraternity back home will be in forgiving mood of Ange Postecoglou and his recalibrated squad.

The regeneration undertaken by the coach is designed to address some pretty fundamental flaws in a team that was too old, too slow and, overall, rather too predictable. The struggle to qualify for Brazil only amplified the noise around the so-called “golden generation”, who are revered but largely past their sell-by date. In their place come a new breed of hungry, quicker youngsters that – particularly in the case of Tom Rogic and Mathew Leckie – are hugely exciting.

However, the step up in quality is liable to find out some of the newcomers – as witnessed in the friendly with Ecuador in March, when Australia raced into an exhilarating 3-0 half-time lead, only to lose 4-3 once the South Americans sent on their big guns and ’Roos goalkeeper Mitch Langerak had been sent off.

Preparations have been limited for Postecoglou as he only came into the job after qualification had been achieved. But the team’s big strength is the fact that no one expects them to come away from Brazil with anything but a big fat zero in the points column – so they will be able to play stress-free and build for the 2015 Asian Cup on home soil. Traditionally, the Socceroos have fantastic resilience in the face of adversity and they also have a habit of surprising bigger nations – although many of their biggest upsets (3-1 v England in 2003, 2-1 v Holland 2008, 2-1 v Germany 2010, all away from home) have come in friendlies.

Postecoglou’s big challenge is to revive the Socceroos “brand”, which has taken a hammering after years of rather reactive football under Pim Verbeek and Holger Osieck. And that is hugely important in a country where football isn’t the number one sporting passion.

As for the team’s biggest weakness? Well, that’s quite simple: they don’t have players anywhere near as good as those of group opponents Spain, Holland and Chile. 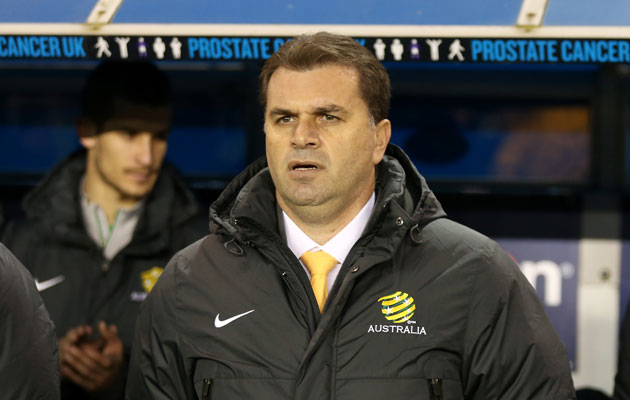 Replaced Holger Osieck, who was fired after successive 6-0 friendly losses to Brazil and France, and given a five-year contract.

The most successful domestic coach ever in Australian football, he won four national titles: two in the old NSL with South Melbourne and two in the A-League with Brisbane Roar.

Was fired as coach of Australian junior teams after failing to qualify for the Under-20 World Cup in 2007.

Excellent. Worked as a TV pundit for Fox Sports and understands the need to engage with supporters.

Proactive. Likes to attack, sometimes at the expense of defence. Changed the A-League with his commitment to possession football at Brisbane Roar.

Build-up begins for January’s Asian Cup on home soil – which he will be expected to win.