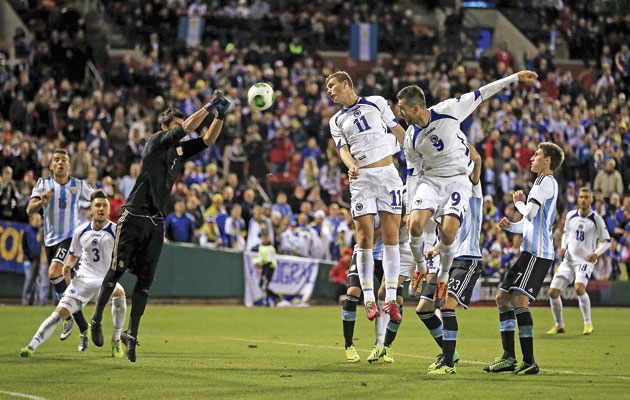 Whatever happens in Brazil, Bosnia-Herzegovina have already achieved all their goals. Ravaged by a war that brought it to its knees, the poorest country in Europe can take great pride in just having gained a place on the biggest stage of all.

Four years ago, under the guidance of veteran Croat coach Miroslav Blazevic, Bosnia made it to the play-offs, but their dream of going to South Africa was ended by Cristiano Ronaldo and Portugal. Safet Susic took over just before the Euro 2012 qualification campaign and once again the side narrowly missed out.

They were 13 minutes away from Poland and Ukraine when Samir Nasri scored a controversial penalty that saved the hosts France and sent Bosnia into another play-off. Once again, they fell short against Portugal and an even-better Ronaldo.

This time round, however, the “Dragons” did not leave anything to chance and marched through their group, scoring 30 goals in 10 games, and clinched qualification with a 1-0 win in Lithuania, courtesy of Vedad Ibisevic’s close-range strike. They lost just once, a 1-0 reverse at home to Slovakia.

From the outset of the campaign, when hat-tricks from the twin strike-force of Ibisevic and Manchester City’s Edin Dzeko helped trounce Liechtenstein 8-1 away from home, Susic opted for extremely attacking – and very risky – tactics. When it all works, his side can look brilliant. The trouble is, things can just as easily fall apart.

A perfect example of this could be seen in the team’s first friendly of the year, when they lost 2-0 to Egypt in Innsbruck. Even allowing for the friendly status, the performance was terrible and confusing, and it was followed by heavy criticism from both journalists and fans. The team was booed from the pitch and, amid the chaos, the players publicly criticised the coach and his methods.

So it is vitally important that Bosnia go into their first major finals in the right frame of mind. Everything will be new to them, so the pre-tournament preparations – where they are staying, how the players will react to spending months together, and the collective discipline –could all affect the side’s chances.

If they can manage to neutralise all the negatives and just enjoy the fact that they have already overachieved, anything is possible. 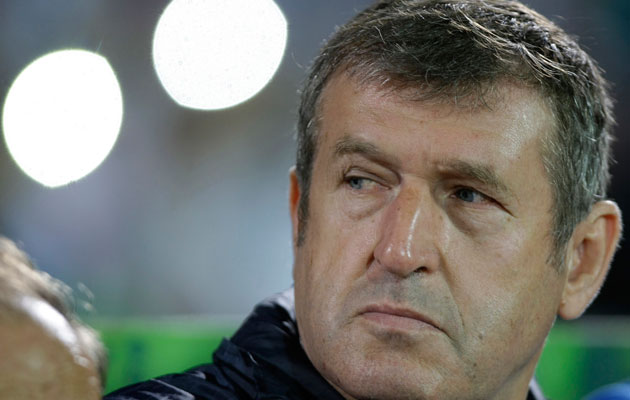 Replaced Miroslav Blazevic when he left to join Chinese side Shanghai Shenhua.

Has never stayed more than two seasons as a coach of any club side.

Was a member of the Yugoslavia squad in Spain 1982 and in Italy 1990, when they reached the quarter-finals. He scored one goal, against the UAE.

At first he was very friendly with all of the journalists and media, but after the criticism following the Egypt game,  relations are now rather colder.

Relations with the public

Acclaimed as a hero after the team secured their World Cup spot but his support dwindled after some poor performances. Opinion is divided, with many disappointed over his team selection and tactics.

Calm and rarely seen to react. Not pragmatic when it comes to tactics and stubbornly sticks to his plan A.

Elvir Baljic, who was a Real Madrid record signing in 1998 when he moved from Fenerbahce, is his assistant. Also on the staff are Borce Sredojevic, who has worked with the last two national coaches, and Tomislav Piplica, who is a former goalkeeper.

Coaches of Balkan sides can go from hero to zero in no time at all. If Susic makes the most of Brazil he could be offered a lucrative new contract.