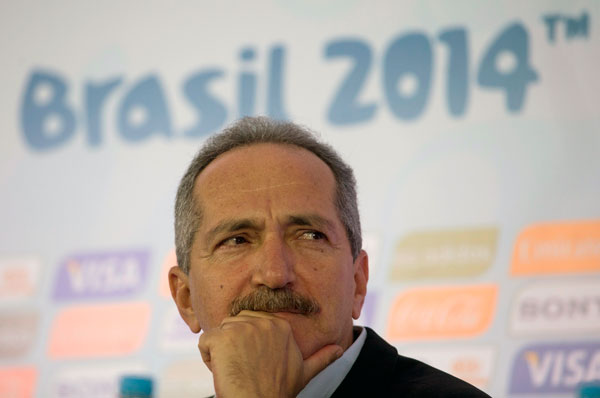 Football fans with a record of racist abuse will be barred from entering Brazil during this year’s World Cup, the government has revealed.

Sports Minister Aldo Rebelo, warned visiting supporters would be vetted when entering the country while Brazilians previous guilty of acts of racism will be denied entry at stadiums.

Just as well John Terry has retired from international football.

“Those found guilty of racist offences need to be severely punished,” Rebelo was quoted saying by Estado de S.Paulo.

“A fine is not enough. Racist fans need to be identified and banned from stadiums. We can’t allow Brazil to become a stage for racist protests during the World Cup.”

Rebelo’s comments come in the wake of a number of racist incidents to hit South American football in recent months.

Among the targets of abuse in recent weeks have been former Brazil international midfielders Arouca and Tinga while playing for Santos and Cruzeiro respectively.

Earlier this month Brazil President Dilma Rousseff vowed to make the anti-racism message a theme of this year’s World Cup.