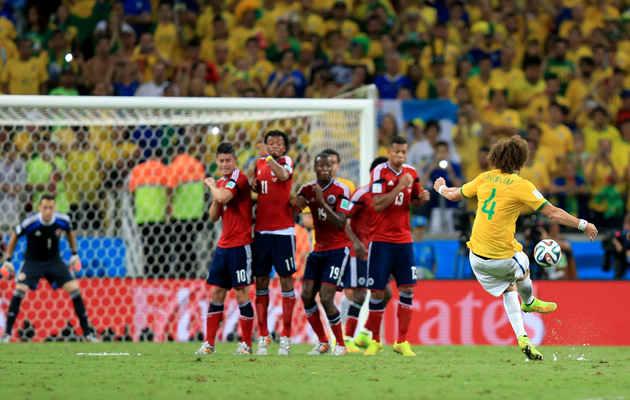 Key moment: Thiago Silva’s opening goal energised Brazil in the first half. For the first time in this tournament there were glimpses of the flamboyant Brazil people have come to expect.

Man of the match: David Luiz. Early mazy run set the tone for a vibrant first half performance by Brazil and he capped a fine display with a wonderful free-kick, which ultimately decided the game.

Matter of fact: A total of 54 fouls were committed in the match, the most in any game at this World Cup so far. This was not the classic most neutrals were hoping for.

Talking point: Brazil appear to have mastered the art of winning ugly. After getting off to a dream start with Thiago Silva’s early goal, the match degenerated into scrappy spectacle littered with fouls. This is a functional Luiz Felipe Scolari side set up to contain opponents in the hope that Neymar can produce something magical at the other end, Once again, the star striker was largely anonymous, and it was only through two set-pieces that the hosts eventually prevailed.