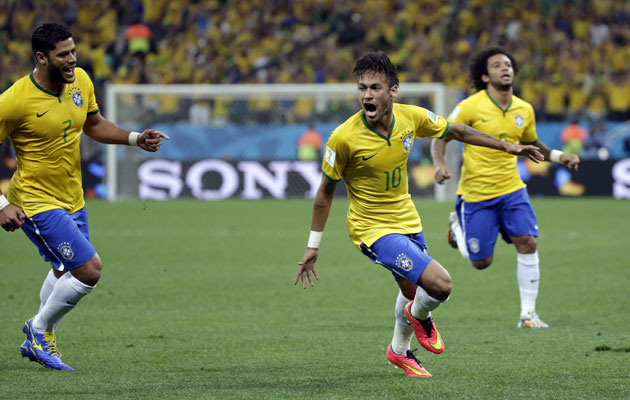 Match overview: No host country had ever lost the opening match in the previous 20 World Cups.

Key moment: Referee Yuichi Nishimura’s contentious decision to award a second half penalty when Brazil striker Fred collapsed under minimal contact from Dejan Lovren. It set Brazil on their way to a fortuitous opening day victory.

Man of the match: Neymar. The man upon whose shoulders the hopes of a nation rests. Scoring twice on his World Cup debut allayed fears that the 22-year-old would be overwhelmed by the occasion.

Matter of fact: At the tender age of 22, Neymar has now scored 33 international goals.

Talking point: The record books will show a 3-1 win to Brazil, but this was not a convincing performance by the hosts and tournament favourites. Croatia will feel that were it not for the performance of the referee, they would have got something out of the game.