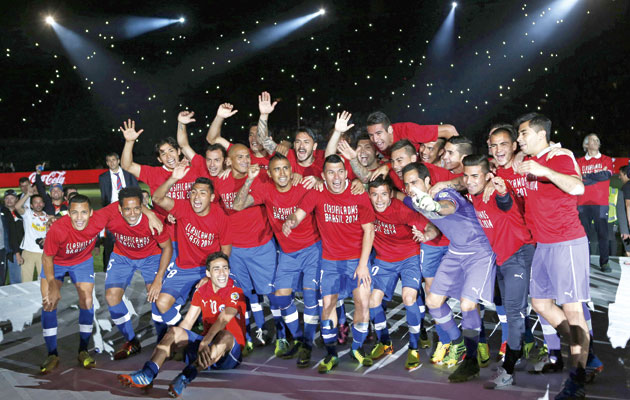 Chile are a team who play incredibly well,” said Germany coach Joachim Low in March after his side’s fortunate 1-0 win over Jorge Sampaoli’s men. “They showed a lot of dynamism and very good football.”

Neutrals will merrily recall this high-tempo, high-pressure attacking approach from Chile’s displays in the last World Cup, when Marcelo Bielsa’s young team lit up the tournament. Four years later, under Bielsa disciple Sampaoli, there are even more reasons to be cheerful.

Chile’s players have been convinced that they can impose their game on anyone, anywhere. The promises of 2010 have now matured into intimidating realities; midfield powerhouse Arturo Vidal would stroll into any side, while Alexis Sanchez is a dazzlingly tricky striker. Some observers are even picking Chile as tournament dark horses.

A couple of problems have emerged, however. In recent times, defence has not been Chile’s strong suit, especially in the air. This will surely not be improved by the fact that Marcos Gonzalez, the chief supplier of defensive height, is without a club. He has been training at the national team’s facilities in Santiago, but his match sharpness must surely be in question.

At the other end of the pitch there are doubts over the centre-forward position; Humberto Suazo is unlikely to be fit and no one else has really made the position his own. Sanchez and Eduardo Vargas are very talented, but there might be times when more of a penalty-area presence will be required – evidence offered by the Germany game, when Chile could easily have scored six, but lost 1-0.

And then there is the draw. To make it through to the knockout stage, Chile will have to eliminate one of the 2010 finalists: Spain or Holland. Perhaps meeting Australia, in theory the weakest team in the group, in the opening fixture will work in Chile’s favour, since with three points in the bag they will be able to put pressure on the loser of the Spain-Holland game. Alternatively, facing Australia first could work against them. Should the group be decided on goal difference then the advantage might lie with those who play the Socceroos later, after they have been softened up.

If they can get out of the group then Chile will frighten anyone, and Brazil appear more concerned by the prospect of meeting them in the round of 16 than either Holland or Spain.

Whatever happens to the Chilean challenge, it is going to be fun watching it unfold. 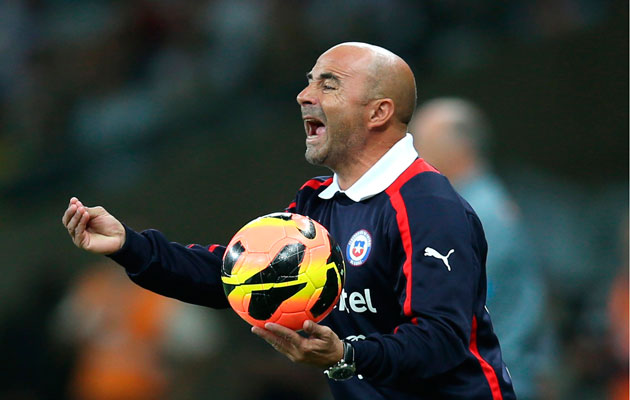 Replaced Claudio Borghi after Chile’s qualification campaign went off the rails. Sampaoli was a disciple of his fellow Argentinian Marcelo Bielsa, who had done so well with Chile at the 2010 World Cup, and his run of triumphs with Universidad de Chile made him the natural candidate.

His standout work was with Universidad de Chile. In the 2011-12 period, the side won three consecutive domestic titles and the Sudamericana Cup, and reached the semi-finals of the Libertadores Cup.

His first crack at the big time came with Juan Aurich of Peru in 2002, but he was sacked after winning only one of his eight matches in charge.

A midfielder or wingback, he had to give up his playing career at the age of 19 because of injuries.

After more than three years of unbroken success, his stock is high.

His obvious commitment to the cause is infectious.

His enthusiasm for dynamic, high-tempo pressing in the opponent’s half of the field has convinced the players that they can take on anyone. He is also a live-wire on the touchline – and moaning at referees got him sent off several times with “La U”.

His long-term assistant is compatriot Sebastian Becaccece. Nicolas Diez, another Argentinian, is also on the coaching staff.

His contract takes him up to the 2015 Copa America, which Chile will host.