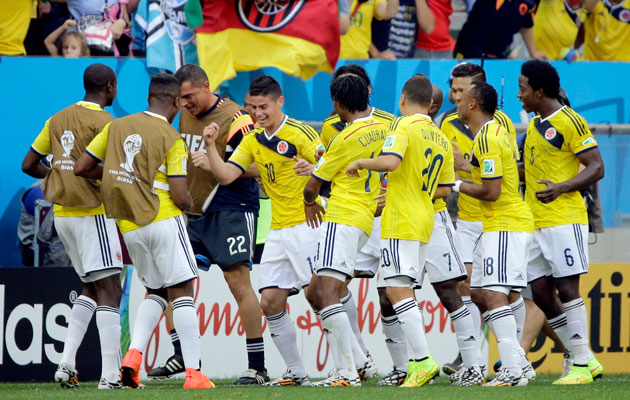 Key moment: The introduction of Salomon Kalou, who injected much needed urgency into the Ivory Coast’s attacking play. With his arrival the African side were finally on the front foot, and by the time the final whistle went could consider themselves unlucky not to have earned a point.

Man of the match: James Rodríguez. Fast emerging as the one of the stars of the tournament. The 22-year-old opened the scoring with a firm header and set up the second with a perfectly weighted pass to Juan Quintero. Monaco have a little gem on their hands.

Matter of fact: James Rodriguez has scored in each of his last four appearances for Colombia.

Talking point: Colombia, even without the injured Radamel Falcao are a vibrant attacking force and in James Rodriguez and Juan Cuadrado they have the players to trouble anyone. Of the African teams at Brazil 2014, the Ivory Coast look not only the most talented, but also the most committed.