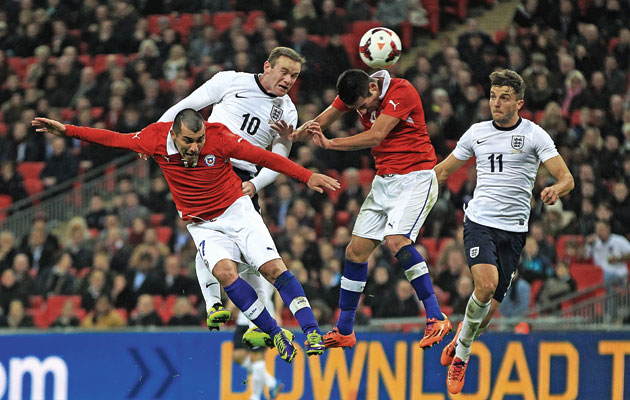 When England were drawn with Italy, Uruguay and Costa Rica in a tough first-round group, Football Association chairman Greg Dyke was caught by the TV cameras making a throat-slitting gesture as he sat alongside manager Roy Hodgson in the VIP audience in Salvador, Brazil.

As a reflection of the pessimistic mood that took hold of the country following the draw, Dyke’s gesture took some beating. Hodgson had said before the draw that the one place he wanted to avoid was Manaus. So, inevitably, England were drawn to face Italy in their opening game in the north-western city, where climactic conditions may overwhelm European sides.

But as the months have passed since the draw, so the expectations have begun to grow. While nobody is declaring England to be world-beaters, there are signs that their campaign is flickering into life.

Hodgson is one of England’s biggest assets. For the first time since Bobby Robson in 1990, England have a manager who has coached a team at a World Cup before. His stewardship
of Switzerland at USA 94 may be a distant memory but it has given him valuable insight into how to manage a squad at a tournament in the Americas.

England will have pace and youthful verve on their side – typified by the role played by young forwards Daniel Sturridge and Raheem Sterling in Liverpool’s surprise title challenge, and by Adam Lallana and Ross Barkley. Both have played important roles in the impressive league form of their respective clubs.

Barring a total disaster, Hodgson will be in charge for the Euro 2016 qualifiers – and this tournament may be seen as valuable preparation for the finals in France in two years time.

To that end, the selection of Lallana and others give a pointer to England’s intentions. The left-back position is a case in point. Ashley Cole has been displaced by Leighton Baines
as first choice and lost out on in the final 23 to Southampton teenager Luke Shaw. Will Hodgson gamble on taking Shaw for the learning experience prove costly?

In early May, Hodgson faced a nervous wait for news that his players had avoided injury in the remaining domestic club fixtures. He has already lost Theo Walcott to a serious knee injury and was sweating on the fitness of midfielder Jack Wilshere.

The draw may have dampened expectations but England are not quite ready to roll out the white flag – no matter what Dyke says. 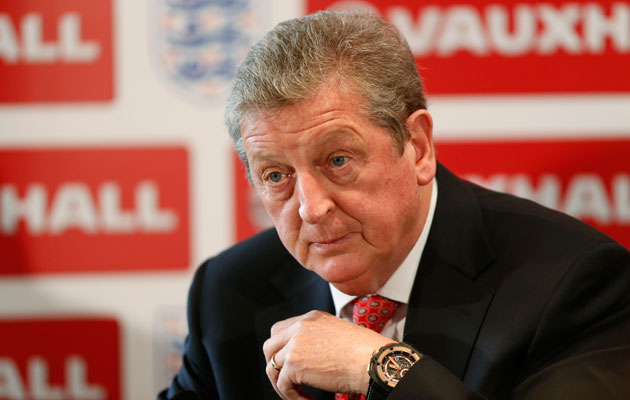 A safe pair of hands (and was not Harry Redknapp) following the abrupt resignation of
Fabio Capello.

Won league titles in Sweden and Denmark. Guided Switzerland to the 1994 World Cup and Euro 96 finals. Took Internazionale to the 1997 UEFA Cup Final and Fulham to the 2009 Europa League Final.

Undone by player power at Blackburn and fan expectations at Liverpool.

Limited to non-league, he worked as a PE teacher while earning his coaching badges in his 20s.

Took Switzerland to the last 16 at USA 94, where they lost to Spain. Worked as part of FIFA’s technical inspection teams at subsequent World Cups.

Cordial and respectful while never giving too much away.

Respected by most for his decency and hard work – with the exception of Liverpool fans.

The antithesis of a showbiz manager, a coach’s coach who likes to drill his sides on the training pitch. Long-time student of the world game, multi-lingual and a keen reader of modern literary fiction.

Gary Neville has attracted some criticism for combining his coaching alongside Hodgson with commentating for Sky and a newspaper column. Assistant coach Ray Lewington is a colleague from his time at Fulham.

Is contracted until 2016, so barring a complete disaster in Brazil will stay on to oversee the Euro 2016 qualifying campaign.