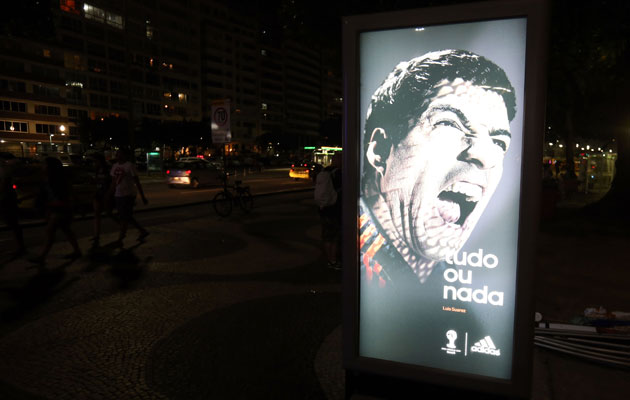 “FIFA are a bunch of old sons of bitches. They could have punished him but not given him this fascist ban,”

It’s the kind of puerile abuse one becomes accustomed to hearing on internet message boards or social media feeds. But, when such language comes from the democratically elected president of a country, it’s clear that something profound is occurring and that something appears to be a collective breakdown among the people of Uruguay.

For a first or possibly even second offence this may have deemed a harsh punishment, but this is the third occasion Suarez has bitten an opponent. Clearly, this time, the punishment had to reflect not only the misdemeanour, but also the culprit’s recidivism.

And what of Suarez? Where is the remorse, the admission of guilt, the apologies to his his team-mates, never mind his inured opponent? Not a word.

And while he remains incubated from the consequences of his actions by the support and adoration of the Uruguayan public, the more he will regard himself as the victim in this sorry saga. And we’ve all seen how well that has worked out in the past.