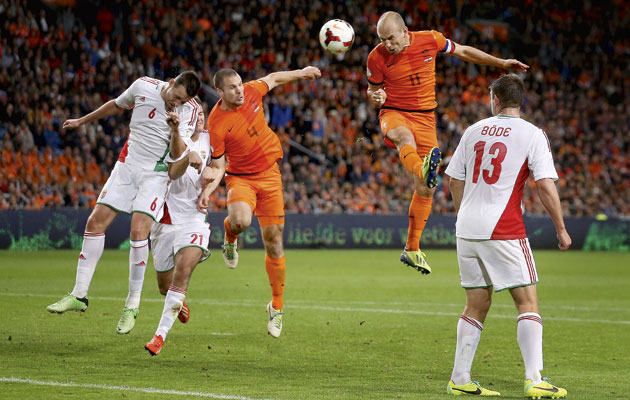 Holland will start this World Cup where they finished the last one – but it could be the beginning of the end. The repeat of the 2010 Final against Spain will reveal a lot about their chances this time round.

Louis Van Gaal’s side will face stiff competition and if they do get out of their group – most likely as runners-up – they will probably face favourites and hosts Brazil in the next round. And no one is expecting a repeat of their triumph in the quarter-finals of the 2010 tournament.

Although the Dutch FA has set the target of at least reaching the semi-finals, Van Gaal is more realistic. “There are eight to 10 teams better than we are,” he says. “The chances of reaching the quarter-finals are 20 per cent.”

The former Ajax, Barcelona, AZ and Bayern Munich coach has every reason to be doubtful. Many players – especially those in defence – still perform in the inferior Dutch league. In addition, the absence of key midfielder Kevin Strootman could be fatal and there is a big question mark over whether injury-prone stars Arjen Robben and Robin Van Persie will be able to deliver after a long and exhausting season. Not surprisingly even the ever-optimistic Dutch fans have their doubts.

Basically, the current Holland squad wouldn’t stand a chance without Van Gaal at the helm. One of the world’s most successful coaches, he is known for his professional preparation. But is there enough time to gel them into a winning team, since some will have played club football until the end of May?

He isn’t afraid to use inexperienced players on the biggest stage. After all, back in 2001,
he led Holland to the quarter-finals of the Under-20 World Cup in Argentina. Many of those players, including Robben and Rafael Van der Vaart, were two years younger than their opponents as Van Gaal preferred talent to age.

So will he do it again and wash away his own failure of having been blocked to the 2002 World Cup by the Republic of Ireland? Or will it be a harsh learning experience for a generation consisting of players who won the 2011 European Under-17 Championship, with this World Cup being a tournament too soon? 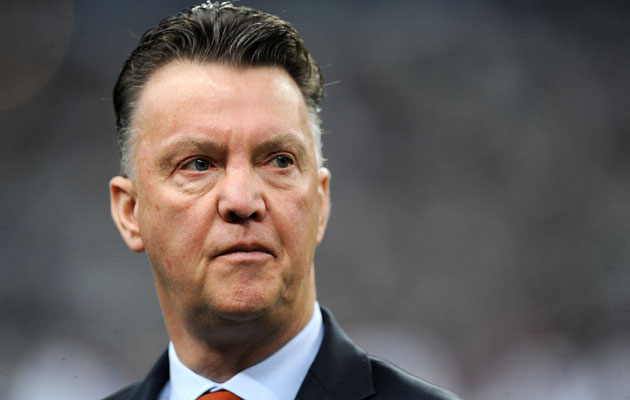 Replaced Bert Van Marwijk after Euro 2012. On being appointed national coach for the second time he said: “This is the challenge I have been waiting for.”

Did not suceed in qualifying Holland for the World Cup in 2002. Had to resign as technical director at Ajax after losing an internal power struggle with coach Ronald Koeman in 2004.

Failed to make the Ajax first team but played 333 league games for Royal Antwerp, Telstar, Sparta Rotterdam and AZ. Was a strategic midfielder with good vision but lacked pace.

Disastrous. Always clashing with journalists who he regards as natural enemies – especially De Telegraaf as they openly supported Johan Cruyff during the power struggle at Ajax.

Better than with journalists. They respect his class, his tactics and his prizes, although they sometimes feel ashamed of his over-the-top outbursts.

A tactical genius. He likes to work with youngsters and give them the best football education he can.

Danny Blind and Patrick Kluivert were players at Ajax when he won the Champions League in 1995.

Has already signed a three-year contract with Manchester United. He will take up that post when Holland are eliminated form the World Cup.