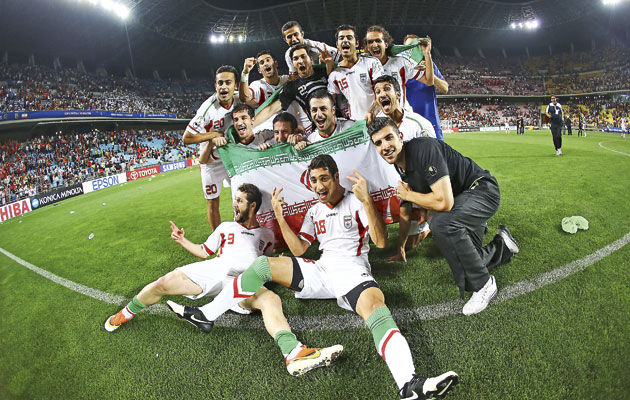 By the time Iran line up against Nigeria in their opening match of the World Cup, in Curitiba on June 16, it will be almost a year since a sensational triumph against South Korea in Ulsan ensured their qualification. There were nationwide street parties as an eight-year absence from the finals coincided with the outpouring of joy that hailed the unexpected presidential election of moderate candidate Hasan Ruhani.

However, the celebrations did not last for long as economic sanctions and negotiations in Geneva and Vienna, over Iran’s controversial nuclear programme, overshadowed football matters. All planned overseas training camps were cancelled and no major national side
was willing to play Iran, possibly due to fear of political sanctions.

For 119 days following their final qualifier, the national team failed to play a single game. But to make up for lost opportunities, coach Carlos Queiroz convinced the country’s football federation to end the domestic season in early April so that preparations for Brazil could get under way much earlier than previously planned.

While the prospect of facing Lionel Messi, Sergio Aguero and Edin Dzeko is a nightmare for any defence, Iran’s solid rearguard in qualification offers some hope in their group games. Queiroz’s major concern is a lack of creativity in midfield and the dependency on
Charlton’s Reza Ghoochannejhad for goals. Ashkan Dejagah has been in good goalscoring form for Fulham in the Premier League, but his season has been hampered by a series of niggling injuries.

Expectations for 2014 are far more realistic than in 2006, when the country’s belief that they could qualify from the group stage ended disastrously and led to the departures of their long-standing captain, their coach and even the head of the football federation.

However, Queiroz has vowed that his team won’t be a punchbag for the other teams in the group – and with an experienced and popular coach at the helm, fans are hoping for a happier World Cup ending this time around. 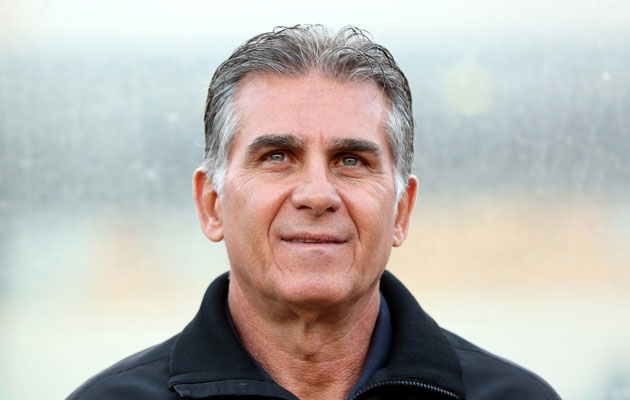 Iran had failed to qualify for the 2010 World Cup and his Portugal side had had an unhappy time in South Africa. Iran wanted a well-known coach, so he signed a two-and-a-half-year deal to replace Afshin Ghotbi.

Led Portugal’s under-20 side to the world title twice and guided South Africa to 2002 World Cup. Won the Portuguese Cup at Sporting Lisbon and, as assistant manager at Manchester United, won three Premier League titles, one FA Cup, one League Cup and the Champions League in 2008.

His first spell in charge of Portugal ended in failure to qualify for Euro 92 and the 1994 World Cup. His biggest regret was at Real Madrid, where he failed to bring the best out of his stars.

Limited. Played only a few years in his birthplace of Mozambique.

In charge of Portugal in 2010 when they were knocked out by eventual winners Spain in the last 16.

Not a charismatic figure.

It started as just professional respect but the clenched-fist reaction to his South Korean counterpart following Iran’s tense qualifying win booked his place in most Iranian hearts.

An intelligent chess player who chooses his game plans. He will go with a conservative 4-2-3-1 formation in Brazil. His blueprint is stamped on Iran’s disciplined play.

Not officially announced, but he is likely to leave after the finals.