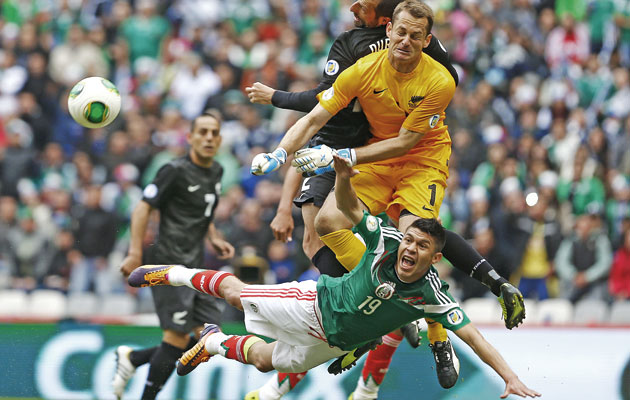 For the last 20 years, every World Cup for Mexico has appeared to be a repeat of the previous one: high hopes, a good performance in the group stage and then home after the round of 16. For Mexican fans, the so-called “fifth game” has become something of a national obsession.

This time around, things seem to be a bit different…but not for the best of reasons. Mexico will arrive in Brazil with some serious doubts, having gone through a tortuous qualifying campaign, which finally ended with a play-off victory over New Zealand.

Worryingly for some fans, Miguel Herrera seems to have more confidence in players from Mexico’s domestic league rather than the stars playing in Europe. Indeed, it is quite possible that his starting XI this summer will not contain the names of Javier Hernandez, Guillermo Ochoa or Giovani Dos Santos – not to mention Carlos Vela, the country’s best player, who has already announced that he will not be playing at the World Cup due to his poor relationship with the Mexican FA.

Since taking over as coach, Herrera has not lost in six games, although his side is yet to face anyone who could be considered a top-class team. In three warm-up matches so far this year, two of them exclusively with Liga MX players, “El Tri” beat South Korea 4-0 and drew 0-0 with Nigeria and 2-2 with USA.

Against this backdrop, the main focus will be on avoiding elimination in the group phase – which hasn’t happened to Mexico since 1978. In a group in which hosts Brazil are almost certain to occupy one of the top two places, the duel for second place seems to be between Mexico and Croatia – a team that is considered within reach, although “El Tri” has no individual talent to rivals the likes of Modric, Mandzukic and Rakitic.

Cameroon may also have something to say about this, so even getting through to a fourth game may be a tough task for Herrera’s men. 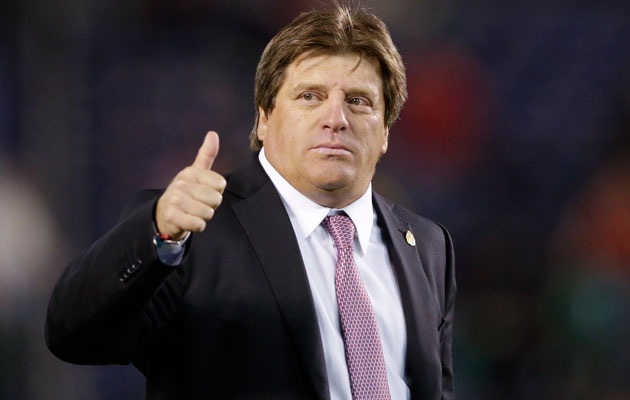 The Club America coach took over for the play-off games against New Zealand following the sacking of Victor Manuel Vucetich. After disposing of the “All Whites”, he was named national coach until after the World Cup.

After years of his teams being known for playing good football but failing to win any titles, he broke that streak as his America team won the Liga MX clausura last year. They finished the next tournament in first place, but lost in the Final.

Failed to save Veracruz from relegation in 2008.

Missed out on USA 94 after he punched a photographer during a league game in the run-up to the finals, and was dropped from the squad.

Excellent so far, maybe even too close. Never refuses interview requests and sometimes says more than he should.

Active on social networks, especially Facebook and Twitter, where he posts almost daily. Much respected figure so far, but that might change if Mexico don’t advance to the second round.

He likes attacking football and comes from the “Lavolpista” school – after Ricardo La Volpe, who coached Mexico at Germany 2006.

Nobody of note, but they all are former team-mates from when he was a player, or were players he has coached.

If he makes it to the round of 16, he will be offered a longer contract.