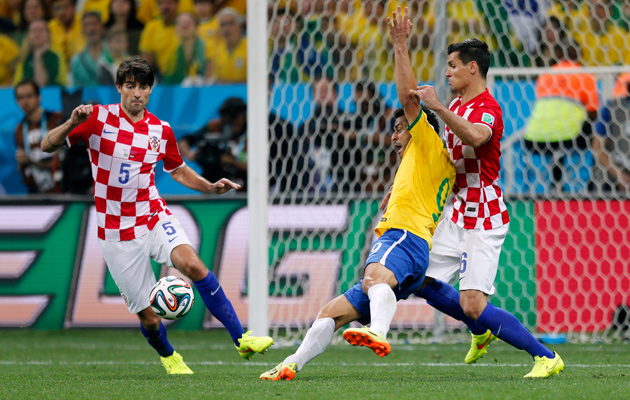 “For me, the Selecao is finished.”

The announcement brings to mind the quip made by Dorothy Parker on hearing that former US President Calvin Cooldge had died.

“How could they tell?” she asked.

It’s difficult to judge whether Fred will be best remembered for his dive to win a penalty in Brazil’s opening game against Croatia, his general ineptitude, or whether he will be simply forgotten. Of the three, he would probably choose the latter.

He truly was a modern day Serginho , a man whose shortcomings ensured he became an obvious scapegoat for his team’s failure.

Fred was jeered by Brazilian supporters after being substituted in Tuesday’s 7-1 semi-final rout in Belo Horizonte. Every time his face appeared on the stadium screen the jeering recommenced. It was a very public and painful humiliation for a man whose only sin was to underperform at a football tournament.

So, in memory of the beleaguered striker, here’s a compilation of his some of his better moments – both for Brazil and for Fluminense.